This article is in need of a picture. You can help Disney Wiki by adding one.

Gregory James Martin (October 14, 1956 - May 21, 2013) was an illustrator who drew cover artwork for numerous cartoon videos and video games in the 1980s and 1990s. He began his animation career at Hanna-Barbera in 1979, where he worked as a production designer and layout artist on their cartoons, and also freelanced for other studios such as The Walt Disney Company (where he worked on The Black Cauldron).

In 1986, Greg started his freelance career of illustrating video and game covers for a wide variety of companies, including Disney, Warner Bros., Sony, Sega, Saban, and Universal Studios.

The 50 Greatest Cartoons (book)
Goofy, Mickey, Minnie, Donald, and Pluto appear on the back cover. 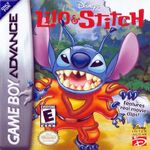 Retrieved from "https://disney.fandom.com/wiki/Greg_Martin?oldid=3824527"
Community content is available under CC-BY-SA unless otherwise noted.