He is Jake's cousin on his mother's side, and is also a dragon-in-training. He appeared in one episode in Season 2 "Feeding Frenzy." He never made a reappearance afterwards.

Gregory possesses all of the standard powers of a dragon, however, as he has only gained his dragon form recently, he is very weak in all of its uses. 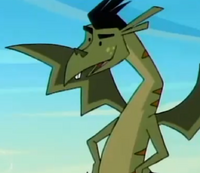 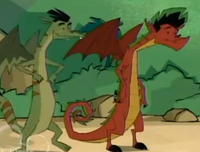 Gregory with his cousin.

Gregory trying to fly to compete with Jake. 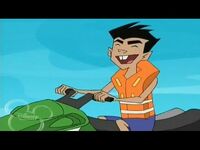 Gregory suffocating in a water bubble. He doesn't have the ability to breathe underwater yet. 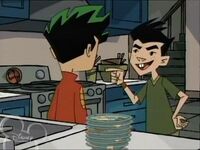 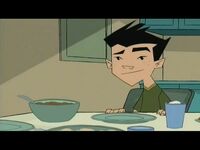 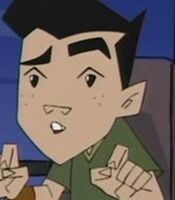 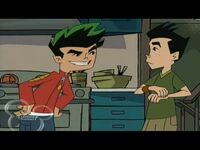 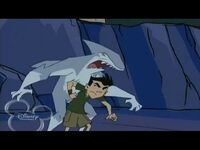 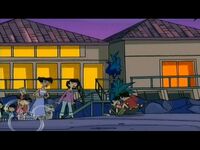 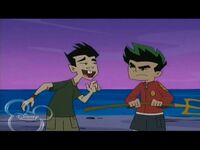 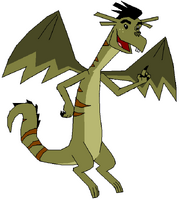 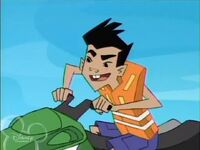