Adventures of the Gummi Bears (cameo as a woodsman)

Klaus the Canary
Gustav the Giant is the main antagonist of the 1938 Mickey Mouse animated short, Brave Little Tailor.

Gustav wears a dark brown shirt with light brown sleeves held on with a leather belt. He has brown sandals on his feet. He also has rotten teeth and a scraggly beard. He’s obese and gigantic.

Gustav constantly terrorized a kingdom, unopposed. When Mickey Mouse, the tailor of the film's title, was ordered to slay him by the King (Minnie Mouse's father), who mistakenly thought he killed seven giants in one blow, Mickey used his tailoring skills to defeat Gustav. He was last seen sleeping, his snoring powering the merry-go-round, which Mickey and Minnie were riding.

Originally unnamed in both the short and its comic adaptation in the Mickey Mouse newspaper comic strip, Gustav was given that name in the comic book story "Thumper Meets the Seven Dwarfs", originally printed as Four Color Comic #19. In the comic, when Doc is reading the story of "The Giant and the Tailor" to Thumper, he suddenly shows up outside the cottage and abducts Thumper. He takes him to his castle, where he and his wife decide to keep him for a pet. He places him in his pet canary Klaus' birdcage as a new playmate for him. Fortunately, Doc and Dopey suddenly show up to save him and help him escape.[1]

Gustav later appeared in one of the Walt Disney Fun-to-Read Library books, Mickey Meets the Giant. He was attacking the village of Cedar Grove and Mickey has to use his wits to take him out like in the film. In the book, Mickey manages to defeat him by, in a test of strength, crushing a rock and have water come out of it (it was actually a meal sponge) causing the giant to flee in terror. 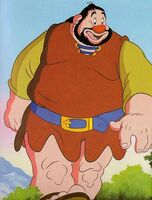 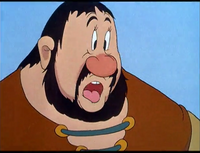 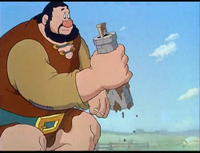 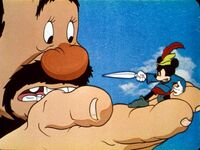 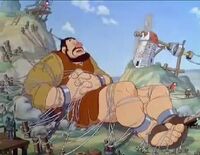 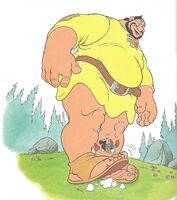 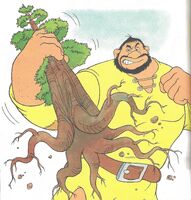 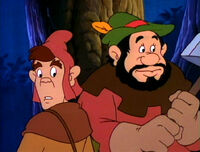 Gustav's cameo in Adventures of the Gummi Bears. 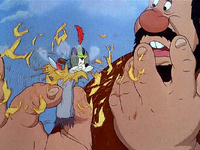 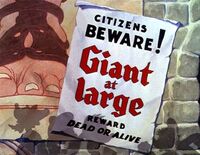