Hal is a character in the 2008 Disney/Pixar animated feature film, WALL-E. He also makes a cameo in both Ratatouille and Wreck-It Ralph.

He is a cockroach that is WALL-E's friend and pet. Hal is extremely resistant: although he gets stepped on by WALL-E and shot by EVE, he suffers no harm.

Hal likes eating Kreamies as his food. He stays on Earth when WALL-E leaves the planet because WALL-E orders him to do so.

After the Axiom landed on Earth, Hal quickly approached the broken WALL-E and EVE, and returned to WALL-E's transport vehicle. 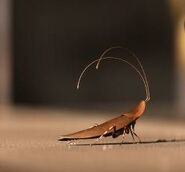 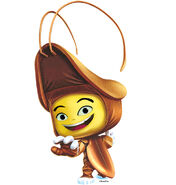 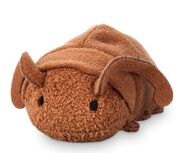