1940-1986
Hal King was an American animator, notable for his work at Walt Disney Studios.

King started out like many of his contemporaries as an inbetweener on shorts in the late 1930s before moving to features, like Pinocchio, Fantasia, Bambi, and The Three Caballeros. By the early 1940s, King started working as a full-fledged animator on the Donald Duck series. Many of them were geared towards World War 2 and Hal’s first credit was on wartime cartoon Donald Gets Drafted, directed by Jack King. He also was animating on the postwar package features, such as Make Mine Music, Fun and Fancy Free, Melody Time, and The Adventures of Ichabod and Mr. Toad.

When working started on Cinderella, Disney’s return to feature-length storytelling in animation, King was brought up to feature-film talent status. He animated some of the mice, especially the girl mice in the song sequence, as well as scenes of the Duke including in the famous ending sequence where Cinderella puts on the glass slipper, bringing the physical emotions of the character. This is a similar trait he would use again in Lady and the Tramp, when Lady learns of Tramp past girlfriends.

He continued to animate other films for the company and served as a great mentor to future animators, like Dale Baer and Ted Kierscey, until after Robin Hood, when his health issues forced him to retire. He briefly returned in the 1980s to help animate the shows: Adventures of the Gummi Bears and The Wuzzles before passing away in 1986. King didn’t have much contact with either students or the studio before his passing.

Hal King with other Disney animators 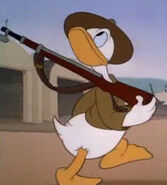 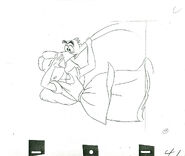 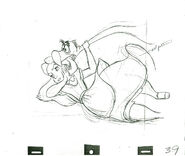 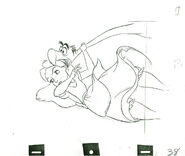 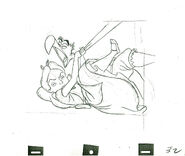 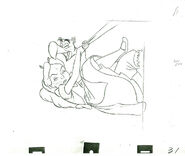 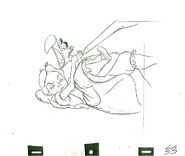 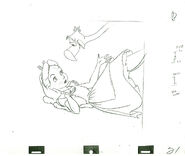