1987–present
Harry Magee "Hal" Sparks III is an American actor, comedian, musician, and television personality. He is known for his role as  Michael Novotny in the TV series Queer as Folk. He also voiced the title character in the Tak and the Power of Juju video games and TV series.

For Disney, he is best known for his role as Donald "Big D" Davenport on the Disney XD sitcom, Lab Rats. He will voice Chaffe in Milo Murphy's Law. 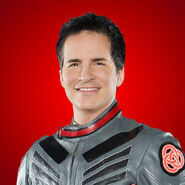 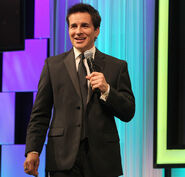 Hal Sparks speaks onstage during the 7th Annual Thirst Gala at Beverly Hills in June 2016.
Add a photo to this gallery
Retrieved from "https://disney.fandom.com/wiki/Hal_Sparks?oldid=4262464"
Community content is available under CC-BY-SA unless otherwise noted.