The Happy Helpers help Leilani find a perfect present for her Grandpa Kai's birthday while Donald tries to save his sandwich from Leilani's pet pig Pekona. 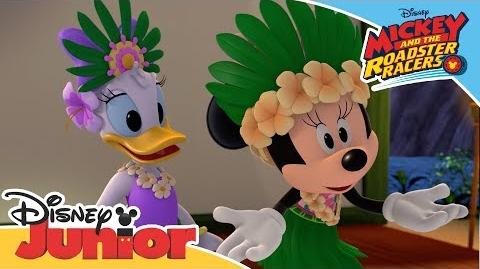