Kaya Evdokia Klitschko
Hayden Leslie Panettiere is an American actress, voice actress, singer, model, and activist, who is best known for her television roles as Sarah Roberts in the ABC soap opera One Life to Live from 1994 to 1997, Lizzie Spaulding in the CBS soap opera Guiding Light from 1996 to 2000, and Claire Bennet in the NBC sci-fi drama series Heroes from 2006 to 2010. She also voiced Kate in Alpha and Omega and Little Red Riding Hood in Hoodwinked Too! Hood vs. Evil (replacing Anne Hathaway). She is the older sister of Jansen Panettiere. 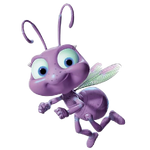 Hayden Panettiere behind the scenes of A Bug's Life.

Hayden Panettiere speaks at the Nashville panel at the 2012 Summer TCA Tour.