October 15, 2016
"Hera's Heroes" is the forty-second episode of the Disney XD animated series, Star Wars Rebels. It premiered on October 15, 2016, and is the fifth episode in the third season.

On the planet Ryloth, Cham Syndulla and Numa, riding two Blurrgs, are being pursued by Imperial forces. The chase leads to Tulara Ravine, and the two Twi’leks spot the Ghost coming in to scoop them up after making a difficult supply run. Charging back toward their pursuers, the Ghost takes out the armored transport and scoops up Cham and Numa along with the Blurggs and a Scout Trooper. As they fly away, Cham brings up some bad news for Hera; the Empire now occupies the Tann Province which is where Hera grew up. Cham and his followers fought hard to defend their home against the Imperials led by Captain Slavin. He described his previous attacks to be clumsy which gave Cham an advantage in keeping the Empire from taking their home. But he underestimated his recent attack, which was swift and precise. Cham lost Tann Province to the Empire which had now been turned into an Imperial headquarters for Captain Slavin. He and his followers escaped but left behind family treasures. One treasure specifically left behind is known as the Kalikori; a Twi'kel totem that is passed on from family generation to generation. Hera was next in line to inherit the Kalikori owned by the Syndulla family. Hera vows to get it back for the sake of her mother. Her fellow Rebels volunteer to help her, despite not wanting to endanger them in a personal mission. But everyone is in an agreement to go ahead with it.

In order to get into the Tann Province, the Rebels create a diversion to lure Imperial forces away, allowing Hera and Ezra, disguised as a Scout Trooper, to sneak in unnoticed. To get pass Imperial security, Hera poses as a Rebel prisoner who was captured and brought back by Ezra. Once inside and sneaking pass security, Hera and Ezra make it to Cham’s office, which was now turned into Captain Slavin’s office. Hera begins looking for the Kalikori while Ezra notices a family portrait of Hera as a little girl beside her late mother and father. Hera soon finds the Kalikori and now they had to escape. Along the way, they almost bump into Captain Slavin and Admiral Thrawn but they manage to slip away slightly unnoticed. Hera and Ezra head for a secret exit in the lower floors, only to discover that it has been turned into an operations room. So they move on to find another way out, and soon meet up with Chopper disguised as an Imperial droid.

They make it to a hallway that is less guarded. Chopper distracts the two Stormtroopers on guard while Ezra and Hera sneak pass to reach the door. Hera quietly makes a break for the door only for Admiral Thrawn and Captain Slavin to appear before her. Slavin, mistaking her for a servant, orders her to leave and she almost does only to be stopped by Admiral Thrawn. Ezra in disguise brings Hera to Thrawn who asks to see the Kalikori. Then he orders Hera to be taken in for questioning. Returning to Slavin’s office, Hera is put in a chair and Slavin is the first to interrogate her for stealing the Kalikori. Thrawn on the other hand sees more to this theft that meets the eye. He recognizes the Kalikori as a Twi’lek heirloom and brings up the question of why Hera went to great lengths to steal it. Thrawn is onto her and reveals to Captain Slavin that Hera Syndulla is a Rebel pilot and Cham Syndulla’s daughter. Knowing they have been compromised, Ezra tries to act but is quickly taken out by Thrawn. Hera and an unconscious Ezra are taken to a cell while Thrawn returns to his ship with the Kalikori.

Meanwhile, Cham, Kanan and the Rebels are still being pursued by Imperial forces. Once they find themselves cornered the Imperials seize fire as they have a message for Cham from Captain Slavin. The captain reveals to Cham that he has his daughter as his prisoner along with Ezra, and is willing to let them both go if Cham surrenders to him. Despite the plea of his followers, Cham is willing to surrender on Slavin’s terms. Back at the Tann Province, Hera feels ashamed of herself. She put her fellow Rebels in danger for a personal mission and should have known better. Just then, Chopper shows up to set them free and reveals to Hera that Cham was surrendering to the Imperials in exchange for their safety. Ezra is ready to go, but Hera recommends they go through with the exchange and has a plan that will turn the tables. She instructs Chopper to raid the Imperial armory and gather as many explosives as he can. She is planning to blow up her own home. Leaving Hera and Ezra in their cell, Chopper makes his way to the armory and soon finds the explosives.

With Thrawn watching from afar, The Ghost arrives at the Tann Province where Captain Slavin and his forces are waiting. Upon landing, Cham reveals himself and insists they let Hera and Ezra go first before he turns himself in. Both sides decide to make a simultaneous exchange and both Hera, Ezra and Cham start walking toward one another. Chopper meanwhile has planted the explosives and arrives to re-join with his fellow Rebels. Then on Hera’s orders, Chopper triggers the explosives destroying her house. In the midst of the commotion, the Rebels make their escape. Thrawn even allows them to flee, even though he had the chance to shoot them down.

Later on, the Rebels have landed somewhere safe for the time being. Kanan expresses his regret that Hera was unable to get the Kalikori, only for her to say that she never needed it. She thought she needed it to keep the memories of her mother alive, but now realizes that those memories will live on as long as she holds onto her family, the Rebellion. 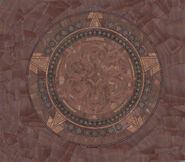 Retrieved from "https://disney.fandom.com/wiki/Hera%27s_Heroes?oldid=4065762"
Community content is available under CC-BY-SA unless otherwise noted.