This article is about the film. For other uses, see Hercules.

Hercules is the 1997 animated musical comedy fantasy film in the Disney Animated Canon, and the eighth entry of the Disney Renaissance. It is produced by Walt Disney Feature Animation and released by Walt Disney Pictures on June 27, 1997. As the thirty-fifth animated feature in the Disney animated features canon, the film was directed by Ron Clements and John Musker. The movie is an American fantasy tale very loosely based on Ancient Greco-Roman mythology, more specifically the adventures of Heracles (known in the movie by his Roman name, Hercules), the son of Zeus.

Though Hercules did not match its predecessors such as Aladdin and The Lion King, it did get positive reviews and earn $252,712,101 at the box office.

The film begins with the five muses, "Goddesses of the arts and pro-claimers of heroes", telling the story of how Zeus came to power and prevented the monstrous Titans from ruling the world. This leads to the day Hercules is born to Zeus and Hera, much to the pleasure of the other gods except Hades, who receives word from the Fates that Hercules will one day rise to power and prevent him from taking control of the world. He sends his minions, Pain and Panic, to kidnap Hercules and feed him a potion that will strip him of his immortality; however, they are interrupted by Amphitryon and Alcmene and, while Hercules becomes mortal, he retains his god-like strength (for the potion to fully work, Hercules had to drink every last drop, but missed one when they were interrupted).

Hercules grows up to be a misfit, challenged by his incredible strength and unable to fit in with other people. His adoptive parents finally tell him that he is adopted, and they found a medal with his name on it when they found him abandoned on a road as a baby. Hercules then decides to travel to the temple of Zeus. Zeus comes down to Hercules and tells Hercules that he is his father and someone stole him from his parents (Hera and Zeus). Zeus tells him that he must prove himself a true hero before he can join the other gods on Mount Olympus. Along with his flying horse Pegasus, Hercules goes to Philoctetes, an unhappy satyr who has failed to train a true hero yet; he decides to take on Hercules as his final attempt.

After training with Phil, the three of them attempt to save the beautiful Megara, a damsel in distress, from a centaur named Nessus. A smitten Hercules barely succeeds and Meg returns to the forest, where she is revealed to be a minion for Hades, having sold her soul in order to save her lover's life; her lover abandoned her and now Meg must do favors for Hades in order to avoid an eternity in the underworld. When Hades learns that Hercules is alive, he is enraged and plots to murder him again.

When Hercules tries to prove himself a hero at Thebes, Hades sends the Hydra to kill him. Hercules tries to kill the Hydra by slicing off its heads, but more heads grow in their place. After a lengthy battle, he prevails by using his strength to cause a landslide, crushing the Hydra and killing it while he survives, but badly bruised and wounded. However, his victory earns him the respect and support of the people of Thebes after their earlier doubt and ridicule of him. He soon becomes a national, multi-million dollar celebrity as a result. Realizing that his plans are jeopardized, Hades sends Meg out to discover Hercules' weakness, promising her freedom in return. Hercules is disappointed to learn from his father Zeus that he has yet to become a true hero, and spends the day with Meg, who finds herself developing strong romantic feelings for Hercules. When Hades intervenes, she turns against him, finally accepting she has fallen in love with Hercules, much to Hades' dismay, but plots to use Meg, realizing she is Hercules' weakness.

Phil learns of Meg's involvement with Hades and, thinking she willingly desires to work for him, tries to warn Hercules, who ignores Phil and knocks him to the ground in an outrage. Discouraged, Phil leaves for home. Hades arrives, interrupting Hercules' training, talks a lot, then snaps his fingers, making Meg appear. Before she can finish her sentence, Hades snaps his fingers and she disappears, tied up and gagged by smoke, then reappears with another snap of Hades' fingers. He uses Meg to try to get Hercules to give up his God-like superhuman strength for twenty-four hours, though Hercules adds the condition that Meg doesn't get hurt in any way. Meg shakes her head frantically, trying to convince Hercules not to make the deal, but he does not listen. When Hades sets Meg free, Hades spitefully reveals that she was working for him all along. Deeply heartbroken and crushed, and now realizing Phil had been telling him the truth, but he didn't believe him, the now-weakened Hercules loses the will to fight the Cyclops that Hades unleashes upon him when he frees the Titans from Tartarus. Meg finds and unties Pegasus and battles her fear of heights to find Phil, persuading him to come back and help Hercules regain his confidence. He finishes off the Cyclops, but just as a pillar is about to crush Hercules, Meg pushes him out of the way, saving him because "people always do crazy things when they're in love."

As a result, the deal is broken and Hercules' god-like superhuman strength is returned. Hercules, along with Pegasus and Phil, saves Olympus from certain doom and Hades returns to the underworld.

Meanwhile, Meg dies of her injuries, her thread of life having been cut by the Fates. Hercules arrives and demands Meg to be revived, but Hades shows him that she is currently trapped in the River Styx, a river of souls where all the dead go. Hades allows Hercules to trade his own spirit for Meg's, hoping to return Meg's body to the surface of the river before he is killed. Hercules jumps in and as his lifeline is about to be cut by the Fates, his amazing courage and willingness to ultimately sacrifice his life for others prove him a true hero, restoring all of his godly powers and rendering him immortal, leaving the Fates shocked when they can't cut his thread of life as Hercules was immortal again. As he successfully returns Meg to the surface, Hades tries to talk his way out of the situation. Hercules punches him, knocking him into the River Styx. The other souls grab Hades and pull him down into the stream. Hercules revives Meg and they both head to Olympus, but when Meg's entrance is denied as she wasn't immortal like the Olympian Gods, Hercules chooses to become mortal and stay on Earth with her, which Zeus and Hera grant. Hercules is acclaimed a hero on both Earth and Olympus alike, Zeus creates a constellation in his image, and Phil is remembered for being the one to train him.

In a post-credits audio sequence, Hades is heard complaining about no one listening to him.

Hades, voiced by James Woods, is cast as the villain. This idea is similar to that of the Hades of the Marvel Universe (and to a lesser extent, Loki of the Thor series), who wanted to overthrow Zeus and was an ambitious, evil scheming god. In the movie, Hades is a fast-talking, manipulative deal maker with a fiery (literally) temper, who hates his job as lord of the underworld and plots to overthrow Zeus.

Disney took considerable liberties with the "Hercules" myths since most of the original material and characters who are associated with Greek Mythology were deemed inappropriate for family viewers by the Disney studios moral standards, such as Hercules being conceived through a god posing as a mortal woman's husband, and of his stepmother Hera's attempts to kill him. Disney also made use of stereotypes when designing the look of the characters, such as depicting Hercules as a more of a crime-fighting superhero than a god (to the point that Hercules physically resembles Superman), the gods as laid-back American types, the Moirae as demonic hags (merging them with the Graeae), the Muses as five gospel-singing divas, and the Titans as brutish giants.

Due to the name's prominence in Western culture, they went with the Latin Hercules rather than the actual Greek Herakles. In the series, the god Dionysus was also portrayed with his Roman name, Bacchus.

The Disney version of Hercules has little relation to the Heracles myths, and should not be regarded as the actual stories about the mythological hero; rather, it is a spin on the character and the culture of Ancient Greece, but using elements from DC comics' Superman, particularly 1978's Superman, 1980's Superman II and the three-part pilot episode of Superman: The Animated Series, "The Last Son of Krypton", with the following notable similarities almost to the point of plagiarism:

Because of this, the movie was widely panned in Greece by the media and the public, which led to the Greek government refusing the film an open air premiere on Pnyx hill. A Greek newspaper called ''Adesmevtos Typos'' denounced the film as "another case of foreigners distorting our history and culture just to suit their commercial interests".

The movie got a subtitle in Greece calling it Ηρακλής: Πέρα από το μύθο (Hercules: Beyond the myth). The film does contain a brief reference to The Twelve Labors and other myths pertaining to the character, however, such as the Erymanthian Boar. In the movie, Hades sends these monsters to him, rather than their being encountered as they are in the myths. Some other Greek myths are appropriated, as well. One is the myth of Bellerophon, from which was taken the winged horse Pegasus and the scene where Hercules is swallowed by the Hydra (for Perseus it was the dragon Cetus) and cuts his way out. Another is the myth of Orpheus, who goes to the underworld to try to bring back his love, Eurydice. The most obvious is when Hercules is fighting a titanic battle with the Hydra, a lizard-like monster who regrows three heads for every one severed. According to Apollodorus, it regrows two heads instead of three. Many other myths are mentioned, like the ones of the Argonauts, Pandora's box, the Trojan War, and the Gorgons (which Hercules says he had slayed).

Because noted British caricaturist Gerald Scarfe (who contributed the animated segments for the film adaptation of Pink Floyd's album "The Wall") designed the characters, the film has a quirky visual style unusual in recent Disney films. CGI was also used to create the Hydra and the clouds in Olympus.

Many events of Greek mythology are mentioned by the various divine characters within the film in the past tense, either explaining the events to Hercules or referencing an example. However, several of the events mentioned occurred either during or after the life of the mythological Hercules. These include: 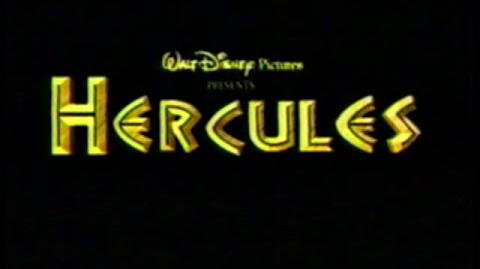 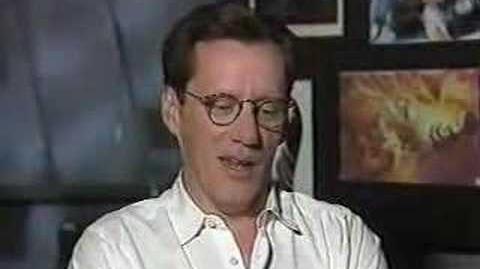 Hades Character Insights
Add a photo to this gallery

The Disney Wiki has a collection of images and media related to Hercules (film).

Retrieved from "https://disney.fandom.com/wiki/Hercules_(film)?oldid=4269409"
Community content is available under CC-BY-SA unless otherwise noted.