"Humiliate the Boy" is a villain song that was cut from the film, Aladdin. The music and lyrics were by Alan Menken and Howard Ashman and sung by Jonathan Freeman. It was to be performed by Jafar as he took his revenge on Aladdin by showing everybody that he wasn't really the Prince. This was the last song written by Ashman before his death.

Reasons of the deletion of the scene

It was cut partially for being too cruel, and partially because in later developments of the movie the choice was made that the Genie could only grant three wishes to one master, while in this song Jafar makes numerous wishes in a row.

Two version were actually recorded. The earliest one features an alternate characterization for Jafar, who is more insane and over-the-top than he ended up being.  It also features an early, snobbish version of Iago with a british accent, with a more humanlike voice than the final Iago but paradoxically behaving more like a real parrot (he mostly repeats Jafar's words, although he does say a few lines of his own too). The second version, often misidentified as the demo version, features a more measured-up Jafar and a parrot-voiced Iago, although the latter is not yet voiced by Gilbert Gottfried. Interestingly, this second version uses the same storyboard as the earlier one, which leads to small inconsistencies (such as Iago sounding like the final one, but still looking like his old design, or Jafar himself still having exaggerated expressions even though talking very self-controlledly).

Too bad they never last.

Especially for an urchin with a questionable past.

Ah, yes, these were the good times hope you liked them, little friend.

'Cause here is where the good times most decidedly must end.

To see another fellow's dreams.

Turn into nightmares, one by one.

It's such a lark.

To roll our sleeves up and humiliate the boy!

When we remove the fancy turban, and the neatly trimmed mustache, and now let's repossess the clothes.

IAGO: D'ya think we ought to?

JAFAR: Why be coy?

BOTH: Let's humiliate the boy!

JAFAR: Once he was proud.

IAGO: Once he was proud.

JAFAR: Once he was fine.

IAGO: Once he was fine.

But such is fate.

JAFAR: I guess he'll have to learn the hard way.

BOTH: Rubbing lamps involves some risk!

JAFAR: And it's so rich!

JAFAR: And it's so rare!

JAFAR: To take his shirt, his shoes, his jewelry.

IAGO: And then we'll thin his hair.

BOTH: All the better to enjoy.

How delicious, to humiliate the boy!

JAFAR: What were the horses?

GENIE: They were roaches.

JAFAR: And the camels?

GENIE: They were gnats.

JAFAR: And the elephant?

GENIE: His monkey, and the rest of 'em were rats.

JAFAR: They were rodents?

Take everything you gave him, all the magic stuff away, leave him dirty, poor and penniless!

IAGO: Now send some flies into the picture.

JAFAR: But how many?

Don't be repressed, keep on destroying things, I've always felt it's what you do the best!

BOTH: Let him have it! Atta Genie!

Since you're now in our employ!

JAFAR: It's your pleasure to ruin him!

JAFAR: I want him neutralized! 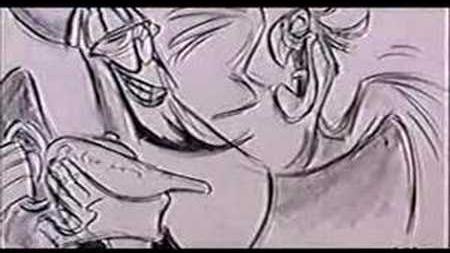 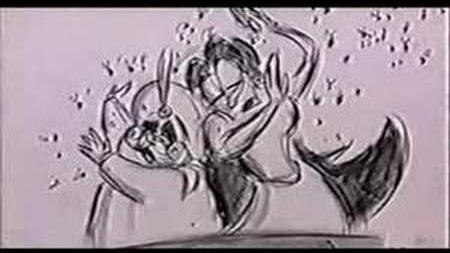