IDW Publishing is an American publisher of comic books, graphic novels, art books and comic strip collections. The company was founded in 1999 as the publishing division of Idea and Design Works, LLC (IDW) and is regularly recognized as the fourth-largest comic book publisher in the United States. It has been awarded the title "Publisher of the Year Under 5% Market Share" for the years 2004, 2005, and 2006 by Diamond Comic Distributors. In addition to their printed comics and graphic novels, IDW has more than 650 books in digital distribution across multiple partners and platforms.

On October 8, 2014, it was announced that IDW had picked up the license to the "core four" Disney comic book titles - Walt Disney's Comics and Stories, Mickey Mouse, Donald Duck, and Uncle Scrooge - and would begin publishing them in 2015. It was also announced that the line would include Artist's Edition books of stories by Carl Barks and Don Rosa, along with Disney entries in the IDW Limited editions and Micro Comic Fun Packs.[1]

IDW's monthly line of regular Disney comic books began with the 405th issue of Uncle Scrooge (labeled "#1 (#405)"), released on April 22, 2015. Their first issue of Donald Duck followed on May 13th, and the first new issues of Mickey Mouse and Walt Disney's Comics and Stories followed in July.[2][3] The first issues of each title were 48 pages long, with subsequent issues being 40 pages in length.[4] Like previous licensee Boom! Studios, each issue features at least two covers; the issues published throughout 2015 included special retailer incentive variant covers. For the first year, one of the variant covers for each issue was themed around sections and attractions at the Disney theme parks.

In addition to the regular monthly titles and their trade paperback collections, IDW is also publishing hardcover collections of the Donald Duck and Silly Symphonies newspaper comic strips (not unlike the Mickey Mouse: The Floyd Gottfredson Library series published by Fantagraphics).

In April 2017, it was announced that IDW's Disney line would be expanding with comic books based on Tangled: The Series and the 2017 DuckTales series, as well as an all-ages Star Wars Adventures book. 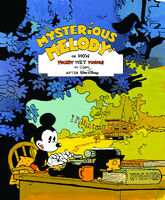 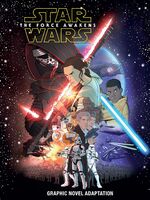 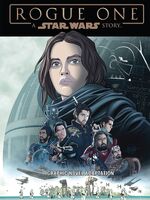 The Quest for the Missing Memories