Disney Wiki
Register
Don't have an account?
Sign In
Advertisement
in: Article of the week, Songs, Pages with broken file links,
and 4 more
English

"Immortals" is a song from Disney's 2014 animated feature film Big Hero 6, performed by the band Fall Out Boy. The song, which was written specifically for the movie, is the lead single for the Big Hero 6 soundtrack. An alternative version appears on the band's sixth studio album American Beauty/American Psycho (2015).

Use within the film

The song is first used within the movie when Hiro and his friends are hanging out in Fred's room. While discussing a plan to capture Yokai, Hiro realizes that the only way that they can capture him is if they team up and create superpower suits which not only conceal their identity, but give them special powers as well. Hiro scans his friends, and makes special suits according to their personalities. After they don their newly-made suits, they practice learning how to use their powers and how they would capture Yokai and take off his mask, with Fred's butler as their "test dummy".

It is also replayed during the ending credits.

I try to picture me without you but I can't

I'll try to picture me without you but I can't

While Big Hero 6 was in production, Disney asked the band to write and perform the song for the film's sequence in which the Big Hero 6 team is transformed from a group of super smart individuals to a band of high-tech heroes. "We went over to Disney and met with the directors," bassist Pete Wentz recalled. "They explained the story to us. It was insane how much it lined up with the way our band saw the world."[1]

Vocalist Patrick Stump said that the song's title was inspired by "the idea of this kid stepping up on behalf of his brother. Your victories aren't exclusively yours, so the fact that all of these people are coming together to help him get to the finish line is really exciting."[2] Wentz further elaborated: "They're testing out their new super suits for the first time in the scene. Some of it works—some of it doesn't. You get the sense that they're stepping into a bigger role. The story's in the DNA of Fall Out Boy. It is an authentic story and it's who our band is—we've always identified with the underdog."[2]

The music video for the song was released on October 13, 2014 on Fall Out Boy's official YouTube Channel. The video starts out with members of the band going out to an old-fashioned vinyl jukebox, putting a coin in the machine, and choosing their song by pushing in the buttons. The jukebox fans through the records until it stops on a white vinyl disc with Baymax's face on it, and dispenses it onto the turntable. The needle is placed on the record, which then begins playing the song. During the course of the song, the turntable is viewed at different angles. Once the song ends, the record is put back in its slot, and the video cuts to black the instant the sound of a click is heard (which might tell that there was a light switch nearby). 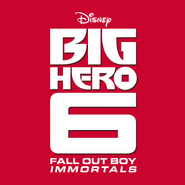 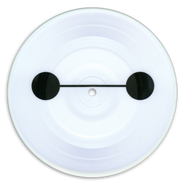