Galactic Empire
Imperial Combat Drivers are a special brand of Imperial pilots who appear in the Disney XD animated seires Star Wars Rebels. They operate exclusively with the All Terrain Defense Pod walkers and several other Imperial vehicles such 614-AvA Speeder Bikes and Imperial Troop Transports. When driving ITTs, they were outfitted with darker-colored suits. 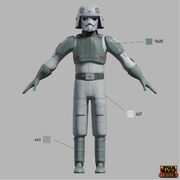 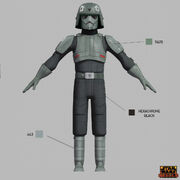 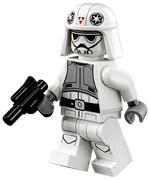