In a World of My Own

"In a World of My Own" is a song, sung by Alice, in the 1951 Disney animated feature film, Alice in Wonderland. 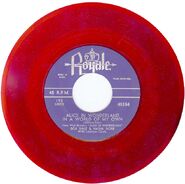 Retrieved from "https://disney.fandom.com/wiki/In_a_World_of_My_Own?oldid=4432005"
Community content is available under CC-BY-SA unless otherwise noted.