Indy and Ty debut in the episode "Challenge of the Senior Junior Woodchucks!" along with other kids' parents, to support Violet in her Senior Woodchuck challenge. They are later seen at the end of the episode cheering their daughter on due to Louie who received a failure badge. 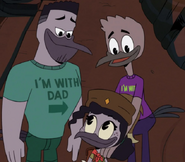 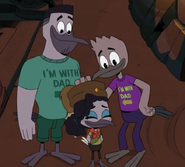