The Chitauri Scepter was given to Loki by The Other. Loki used the scepter to control Barton, Selvig and other S.H.I.E.L.D. agents. Currently the scepter is in Dr. Cho's lab in Korea. The Mind Stone is now on Vision's forehead.

The Aether is in a red liquid form used by Malekith. The Aether is the Reality Stone. The Collector currently has the Aether. 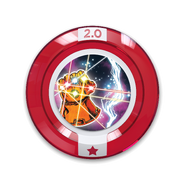 Retrieved from "https://disney.fandom.com/wiki/Infinity_Stones?oldid=1697001"
Community content is available under CC-BY-SA unless otherwise noted.