Inspector Gadget 2
Inspector Gadget is a 1999 live-action film based on the popular animated series of the same name that aired from 1983 to 1986. It starred Matthew Broderick as the title character, along with Rupert Everett as Dr. Claw, and Michelle Trachtenberg as Penny. Two new characters were introduced, Brenda Bradford played by Joely Fisher) and the Gadgetmobile (voiced by D.L. Hughley).

This film was produced by Caravan Pictures, DIC Entertainment, and Walt Disney Pictures, and distributed by Buena Vista Distribution. It was filmed in Pittsburgh, Pennsylvania, Baton Rouge, Louisiana, and Los Angeles, California with the iconic ice castle-like main tower of PPG Place playing a central role. The film was a moderate financial hit. This was the last film produced by Caravan Pictures before it morphed into Spyglass Entertainment.

John Brown (Matthew Broderick) is a security guard in Riverton who lives with his niece Penny (Michelle Trachtenberg) and her dog Brain, and dreams of being a real life police officer. One night John is securing the parking lot of the Bradford Laboratory which is owned by his love interest Dr. Brenda Bradford (Joely Fisher) and her father Artemeus (Rene Auberjonois). A scientist and businessman named Sandford Scolex (Rupert Everett) and his henchman Sykes (Mike Hagerty) send machines to break into the lab, steal the Bradford's cyborg components and kill Artemus. John chases Scolex's limosine in his car but winds up flipping his car over by a trap from Scolex and orders the villain to step out of the limosine and surrender. Scolex does but throws an explosive cigar at John's car causing it to blow up and accidentally crushes his left hand with a bowling ball during the process.

The next day Brenda Bradford saves John's life by rebuilding in John Brown's body at the hospital making him the first cyborg Police Inspector for the Riverton Police Department known as Inspector Gadget. She also gives him the Gadgetmobile (voiced by D.L. Hughley) which both help Gadget capture two escaped prisoners. Meanwhile Scolex has his second henchman Kramer (Andy Dick) build him a claw to replace his left hand and goes by the name Claw and when he learns that Gadget is getting promoted Police Inspector at a ceremony for capturing the thieves he attends and meets Brenda and asks her to come work for him to which she does, not knowing that he's the man who killed her father.

Gadget wants the case of Artemus' murder but Chief Quimby (Dabney Coleman) denies it to him because he's not a real police officer so Brown decides to take the case himself and finds a silver coin in the murder evidence which has SI on it and tries to figure out what it stands for. Meanwhile Scolex and his henchmen build a robot clone of Gadget called Robo Gadget who terrorises the city and makes everyone think that he's the real Inspector. Soon Gadget realizes that SI stands for Scolex Industries and that Sandford Scolex is the one who murdered Artemus and rushes off to the Scolex building to tell Brenda, then he sneaks in to infiltrate the lab by finding the stolen foot but he is captured by Claw and his henchmen.

Claw removes the Neuron Synapse Amplifier chip that is the main source of Gadget's function, destroys it and has Gadget dumped in the junkyard. Meanwhile Brenda learns that Claw built a robot clone of her called Robo Brenda who reveals to her that Scolex stole the cyborg components and she realizes that Claw killed her father and rushes off to find Gadget.

Claw has Robo Gadget set fire in the city and scare people but luckily Gadget comes back to life in the junkyard and is rescued by Brenda and Penny. He manages to catch up to Scolex's limosine and fights RoboGadget on the streets. During the fight Gadget pulls off his evil double's head and throws it into the water, leaving the rest of the body to wander the streets without a second thought. He then uses his Helicopter Hat to fly off and save Brenda who has been taken hostage by Claw.

The villain tries to escape with Brenda in his helicopter and kill Gadget, but the Inspector saves her and together they land into a pond nearby where they share a kiss.

Claw eventually comes down by parachute and lands in the Gadgetmobile where he is locked in a cage. The police arrive as do Penny and Sykes.

Penny tells Chief Quimby that Claw created an evil version of her uncle to destroy Riverton to which Sykes says is true and gives Quimby the robotic foot. Claw and Sykes are arrested and John is promoted a hero and in the end shares a kiss with Brenda outside his house and the Gadgetmobile chases a Beetle Bug Car. During the credits it is shown that Robo Brenda became an aerobics instructor, Sykes gets free from prison and becomes a member of a group for minions, Robo Gadget's body is still moving on the streets without his head until finally bumping into the screen, Penny receives a communicator watch along with Brain wearing a translator collar and Gadgetmobile gets married to the Beetle Car. He also addresses the audience till the end of the credits.

The film received generally negative reviews from critics and viewers alike, with many people criticizing the differences from the original cartoon series. On Rotten Tomatoes, it has a score of 21%, based on 62 reviews, with the consensus reading: "Despite an abundance of eyecandy, the film doesn't amount to much." On Metacritic, the film holds a rating of 36 out of 100, based on 22 reviews.

Lawrence Van Gelder of The New York Times stated that it "wastes a lot of good talent". In his review for the Chicago Sun-Times, Roger Ebert said that fans were angered when Dr. Claw reveals himself in the movie.

Despite the negative reception from critics, the film was a moderate box office success with a worldwide gross of $134.4 million worldwide on a budget of $75 million. It made $75.9 million in its first four weeks. In the UK, it grossed just over 7 million. 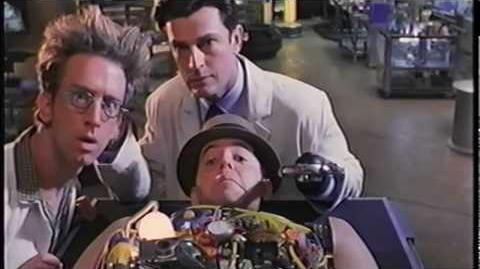 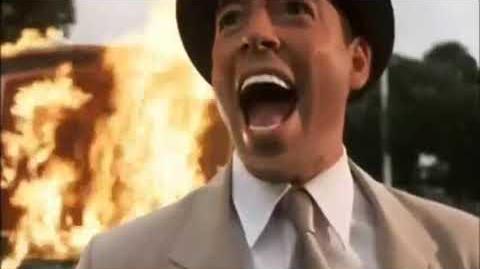 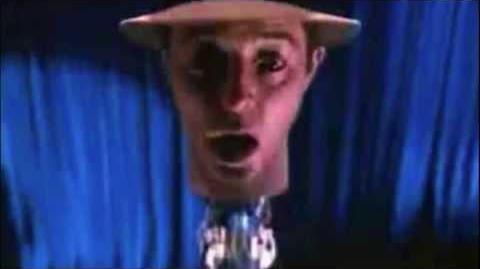 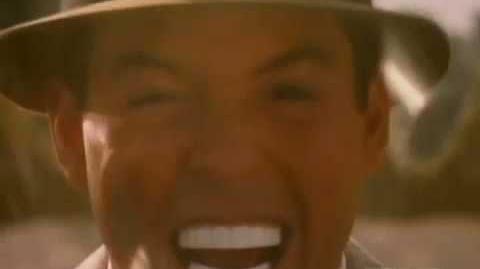 Inspector Gadget 1 - Behind the Scenes Preview
Behind the scenes video

The opening logo for the film