The second film departs slightly from the first one, as it follows more like the original cartoon. Inspector Gadget and Dr. Claw are never referenced as John Brown and Sandford Scolex – their respective civilian names from the first movie, though Claw's communicator clearly is labeled "Scolex Industries", indicating that his name is still Sanford Scolex. In addition to this, none of the 1999 film's actors return to reprise their roles (with the exception of D. L. Hughley, who voices the Gadgetmobile). Also, Gadget's love interest from the first movie does not appear and is replaced by G2. Gadget is more foolishly inept and unable to control his now glitch-ridden gadgets. Penny is portrayed as a blonde instead of a brunette and always refers to Gadget as "Uncle Gadget" rather than "Uncle John". As an homage to the original cartoon, Claw's face is never seen and speaks with a deep, gruff voice. In the previous film, Claw's face was visible and was an upper-class business man. He appears to be older in age than he was in the original, although the story only takes place a year later.

The film was released on March 11, 2003 and was also filmed in Brisbane, Queensland, Australia.

Gadget (French Stewart) has not seen much crime in Riverton since Claw's arrest. He arrests an old lady for "drag racing"; during this time he has several glitch attacks. When returning to the police station he tells his niece Penny (Caitlin Wachs) (who wants to solve real crimes instead of school crimes) to stop cutting classes. He goes inside to see if Baxter can help with his glitches but Baxter says that the glitches are normal. Chief Quimby (Mark Mitchell) bursts into the lab saying that Gadget arrested his mother for drag racing, but as it turns out, Gadget has been making several ridiculous arrests. The Chief tells Gadget to solve real crimes, but Gadget points out that all the criminals in town are in jail. Afterwards, the evil genius, Dr. Claw (Tony Martin), escapes from Riverton Prison, and Chief Quimby and Mayor Wilson (Sigrid Thornton) unveil an upgraded female Gadget-type robot Gadget Model #2 (G2 for short) (Elaine Hendrix), to replace the now malfunctioning Gadget, believing that he won't succeed with his glitches. Gadget soon falls for G2, but G2 turns down his offer to join forces, saying she works alone, having Quimby to tell Gadget to step down from his job. Meanwhile, Claw plans to steal 5 trillion dollars worth of gold from the Federal Reserve in Riverton.

Penny points out a job ad in the papers for minions of Claw. Gadget goes undercover to the bar specified in the ad in an attempt to find Claw, but instead ends up accidentally causing a bar brawl, which G2 later breaks up. Penny, wanting to prove to Gadget her ability as a detective, also goes to the bar with Brain, and finds out that Claw is planning a heist at the Concentrated Industries warehouse and tells Gadget and G2. Despite being warned by Quimby not to go to G2's stakeout at the warehouse or he will be fired, Gadget goes, and in an attempt to help G2, sabotages G2's stakeout allowing Claw's minions to escape with stolen ion fuel cells. Quimby promises that he will not fire Gadget, but makes him spend the next three days as a bathroom janitor.

Gadget attends a science convention where a new protoid laser (which Claw needs) will be unveiled, after receiving a tipoff that he can catch Claw there, despite Penny's warnings that this could be a trap. While there, some of Claw's henchmen plant a circuit override chip on Gadget's hat, allowing Claw to control Gadget. Claw has him use his gadgets to cause chaos, and his henchmen use the resulting distraction to steal the protoid laser. This is witnessed by Penny and Brain, who although unable to stop the theft, obtain a bowling shoe from one of the henchmen. Quimby angrily fires Gadget for failing to stop Claw and causing $100,000 in damages, despite the fact that Gadget had enough evidence from scientists, including Baxter to prove that it wasn't his fault. So Gadget packs up his office and tries to find a new job such as a carpenter, a hair stylist, and a pizza chef, however his glitches keep wrecking everything and cannot keep any of the jobs. Meanwhile, Claw and his henchmen are now free to steal anything they want without Gadget stopping them.

Later, Penny shows Gadget the bowling shoe, and offers to help him catch Claw, but Gadget refuses to both continue pursuing Claw and let Penny continue working on the case. Penny sees this as him not believing in her, but soon resolves to solve the case herself. A few days later, Claw steals a 20 pound ruby on loan from the Rajah of India at the Mayor's Fundraiser by distracting the guests with laughing gas. Although G2 is unaffected by laughing gas, she fails at trying to catch Claw when she is restrained by a giant magnet bought along by Claw, so the Mayor demands Chief Quimby to deactivate her because of the failure and end the Gadget Program for good. Gadget (now working as a valet at the fundraiser venue) tries to comfort her, but she tells him there is nothing he can do.

Meanwhile, Penny and Brain break into the abandoned factory Claw is using as his hideout, having traced the shoe's origins to it. Claw and his minions soon return to their hideout following the theft of the ruby. While hiding, Penny and Brain overhear Claw's plan and try to escape, but Penny is captured while Brain is able to escape. Brain finds Gadget, who has just reactivated G2, and they use an experimental dog translator collar created by Baxter to allow Brain to tell them of Penny's predicament and Claw's plan. Gadget realizes that his niece was right, but he refused to listen to her earlier. Gadget tells G2 that Penny is in trouble and G2 decides to help Gadget save Penny from Dr. Claw. Claw later activates his secret weapon: a laser made up of the three stolen components that freezes time in Riverton, allowing him and his minions to rob the Federal Reserve with ease. Gadget and G2 however avoid the weapon blast and hurry to the Federal Reserve.

Dr. Claw, Brick, and McKibble escape with Penny and Claw orders his other minions to hold them off. G2 defeats the minions while Gadget goes after Claw, while he does eventually catch up to the truck, Claw has a trick up his sleeves and drops Penny in a go-kart full of explosives. Gadget rescues his niece before the explosion and G2 arrives with the Gadgetmobile. At first they think they were too late until Penny and Gadget walk over alive. They go after the truck and block them off on the bridge. Thanks to Gadgets gum cannon, Claw's truck is caught in a sticky bubble gum puddle, leaving Brick and McKibble surrounded and Claw has a chance to escape in a rocket-shaped escape pod and flies away, proclaiming Gadget that he'll get him next time. Gadget, G2, and Penny reverse the effects of Claw's secret weapon by using the secret password, "Crime Always Pays" thanks to Penny's thinking. The mayor and Quimby award the team for their heroism, and Quimby decides to have Gadget and G2 on the case together for their heroism with Gadget getting his old job back and Quimby promises that he'll create an army of gadget models strong enough to catch Claw. Before the ceremony ends, Penny receives a metal for her Detective work, Gadget tells Penny how proud he is of her. Afterwards G2 looks forward to working together in the future and shake on it. Then Gadget and G2's hats malfunction with beeping hearts causing them to kiss, and making fireworks shoot out of Gadget's hat. The film ends with the Mayor and Quimby getting blasted by one of the fireworks, which causes the Chief and the Mayor to shout out "GADGET!!!"

According to many behind the scene features on the DVD, the writers wanted to return to the original cartoon format: Gadget is a goofball, Penny is much more of a detective, and Claw never shows his face.

Most reviews for Inspector Gadget 2 were very negative, even more than its predecessor. The film was heavily criticized for its over-the-top acting, writing and plot. However, the film was praised for being closer to the original cartoon than the first movie. At Rotten Tomatoes, Inspector Gadget 2 has a 40% score on the Tomatometer, based on 5 reviews. 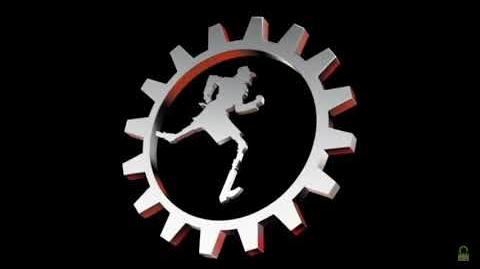 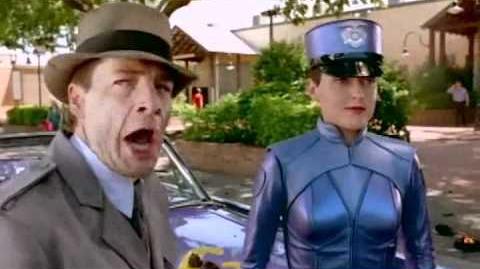