$213.1 million
Into the Woods is a 2014 live-action fantasy musical film directed by Rob Marshall and adapted by James Lapine. Based on the Tony Award-winning eponymous Broadway musical by Lapine and Stephen Sondheim, the film is a fantasy genre crossover centered on a childless couple, who set out to end a curse placed on them by a vengeful witch. Produced by Walt Disney Pictures, the film was released on December 25, 2014.

The award-winning Broadway musical epitomized the phrase "fractured fairy tale," as Red Riding Hood, Cinderella, Jack (of the Beanstalk fame), Rapunzel, and a childless baker and his wife venture into the woods to have their wishes granted... and discover that real-life seldom works like a fairy tale.

A Baker and his Wife wish for a child, but suffer under a curse laid upon the Baker's family by a Witch who found the Baker's father robbing her garden when his mother was pregnant. The Baker's father also stole some beans which caused the Witch's mother to punish her with the curse of ugliness. The Witch offers to lift the curse, but only if the Baker and his Wife obtain four critical items for her: a cow as white as milk, a cape as red as blood, the hair as yellow as corn, and a slipper as pure as gold. The Witch later tells the Baker that she asked him to do this task for her because she is not allowed to touch any of the objects.

The remaining characters resolve to kill the threatening Giant's Wife, though Cinderella and the Baker try to explain to the distraught Red Riding Hood and Jack the complicated morality of retribution and revenge. The characters lure the Giant's Wife into stepping into the tar pit where she ultimately trips and falls to her death. The Giant's Wife is killed, and the characters move forward with their ruined lives. The Baker, thinking of his Wife, is determined to be a good father. Cinderella decides to leave the Prince and help the Baker, and Jack and Red Riding Hood, now orphans, are living with the Baker and Cinderella. The Baker comforts his son after he begins to cry by telling a story as the movie ends with the Witch's moral, meaning that children can change due to the parent's actions and behaviors.

The first attempts of adapting Into the Woods to film occurred in the early 1990s, with a script written by Lowell Ganz and Babaloo Mandel and a cast that included Robin Williams as The Baker, Goldie Hawn as The Baker's Wife, Cher as The Witch, Danny DeVito as The Giant, Steve Martin as The Wolf, and Roseanne Barr as Jack's Mother. By 1991, Columbia Pictures and Jim Henson Productions were also developing a film adaptation with Craig Zadan as producer and Rob Minkoff as director. In 1997, Columbia put the film into turnaround, with Minkoff still attached as director, and Billy Crystal, Meg Ryan, and Susan Sarandon reportedly in talks to star. After the report by Variety, a film adaptation of Into the Woods remained inactive for 15 years.

In April 2013, Johnny Depp was in final negotiations, along with Streep, to join the film. In May, James Corden, who took part in the reading of the screenplay, was in talks to play the role of the Baker. On May 10, Disney confirmed the casting of Streep, Depp, and Corden as the Witch, the Big Bad Wolf, and the Baker, respectively. That same month, Emily Blunt and Christine Baranski were cast as The Baker's wife and Cinderella's Stepmother, respectively, whereas Jake Gyllenhaal and Chris Pine entered negotiations to play the Princes. However, Gyllenhaal dropped out of the film due to scheduling conflicts with another film, Nightcrawler, and was subsequently replaced by Billy Magnussen. One month later, Anna Kendrick began talks to play Cinderella in the film. In July, Mackenzie Mauzy, Tammy Blanchard, Lucy Punch, and Daniel Huttlestone joined the cast. Sophia Grace Brownlee was originally cast as Little Red Riding Hood. Brownlee's casting attracted controversy due to her age and the sexual undertones present between Little Red and the Wolf. The film's official cast and plot synopsis were revealed at the D23 Expo on August 10, 2013.

On September 16, 2013, Lilla Crawford was confirmed as playing the character of Little Red Riding Hood, despite previous reports suggesting Brownlee. Later on, Dominic Brownlee spoke about his daughter, Sophia Grace's withdrawal from the movie saying, "After careful consideration, we the parents of Sophia Grace, felt that as rehearsals progressed that she was too young for this part. It was a joint decision between us and the director and producer of Into the Woods to withdraw Sophia Grace from the film." Other castings of Richard Glover, Frances de la Tour, Simon Russell Beale, Joanna Riding, and Annette Crosbie were later announced the same day.

The film was first shown at the now closed Ziegfeld Theatre on December. 8, 2014. It would later be first opened in North America on the night of Christmas Eve earning $1.1 million; and it made it's full debut on Christmas Day at 2,440 theaters, earning $15.08 million. It made $128 million in North America.

Main article: Into the Woods (soundtrack)

The film's soundtrack was released by Walt Disney Records on December 15, 2014, who initially reported that the film version would feature two new songs: a duet for the Baker and his Wife, titled "Rainbows"—originally written for a 1992 film adaptation that was never made along with a new song for the Witch, eventually titled "She'll Be Back". In the end, neither song appears in the finished film: "Rainbows" was cut before shooting began and "She'll Be Back", though filmed, was cut from the film on the grounds that it slowed the story down. "She'll Be Back" was included as a bonus feature on the film's home media release.

Main article: Into the Woods (video)

The film was released by Walt Disney Studios Home Entertainment on Blu-ray, DVD, and digital download on March 24, 2015.

The film received an approval rating of 71% on Rotten Tomatoes, based on 215 reviews, with an average rating of 6.56/10. The site's consensus reads, "On the whole, this Disney adaptation of the Sondheim classic sits comfortably at the corner of Hollywood and Broadway -- even if it darkens to its detriment in the final act." 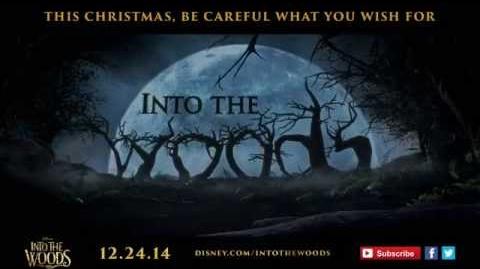 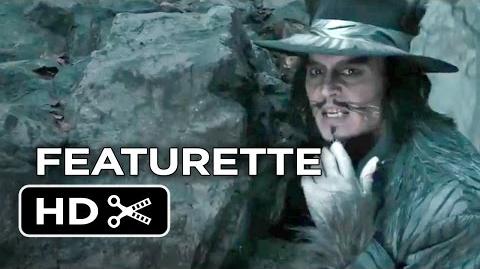 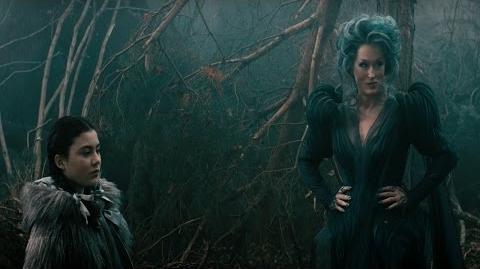 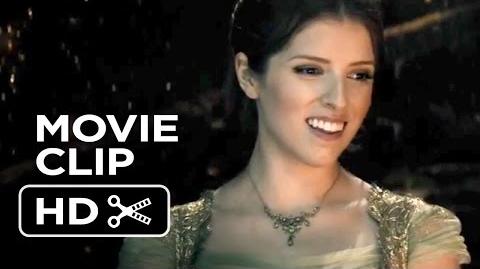 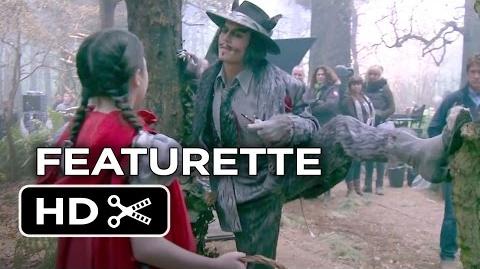 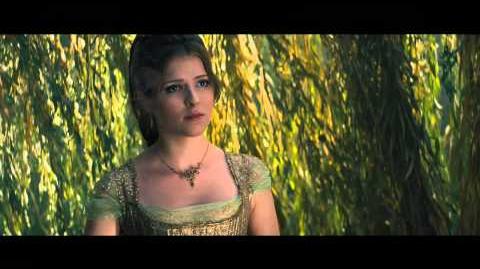 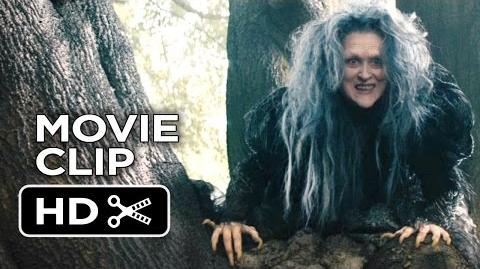 Into the Woods Movie CLIP - I Don't Like That Woman (2014) - Meryl Streep, Emily Blunt Musical HD 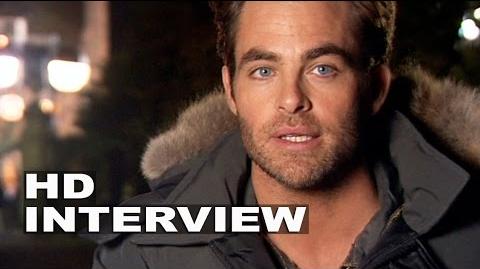 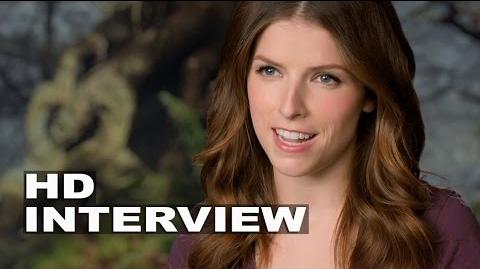 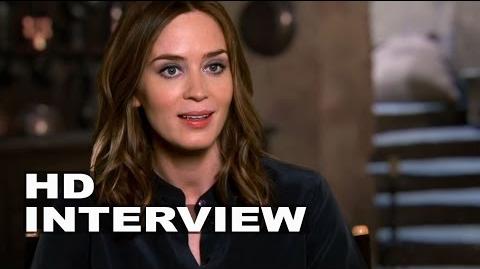 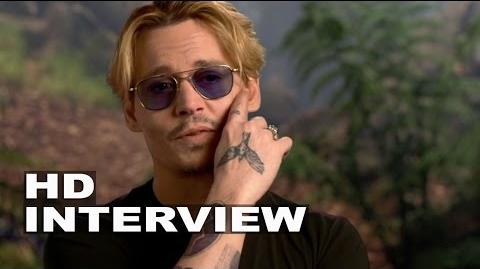 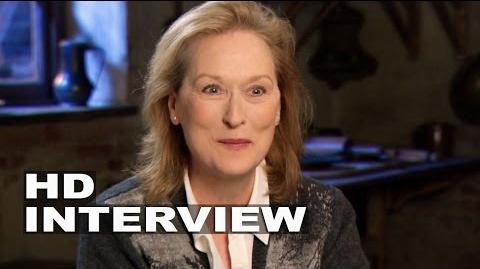 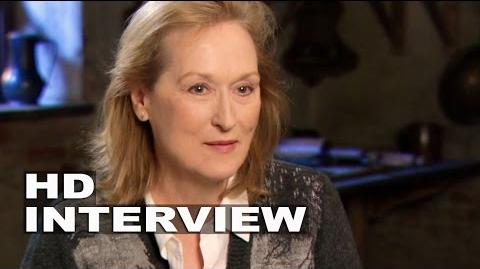 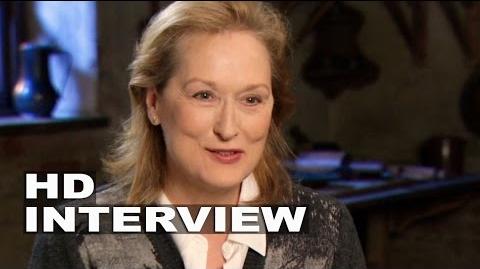 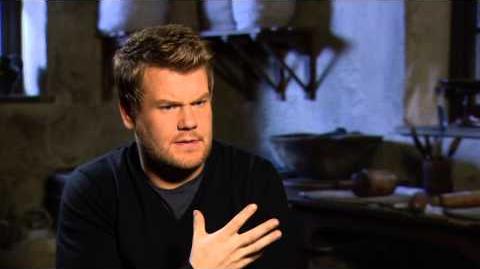 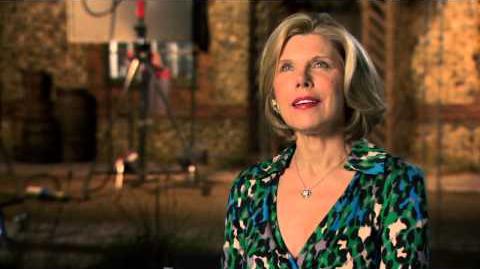 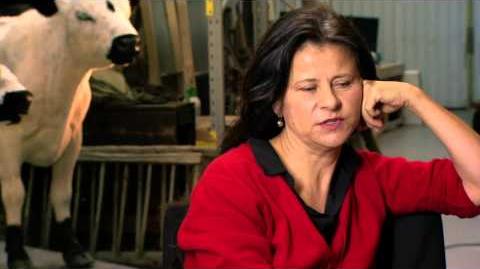 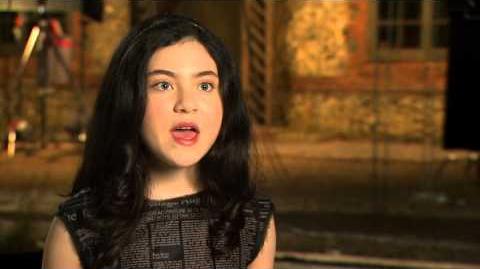 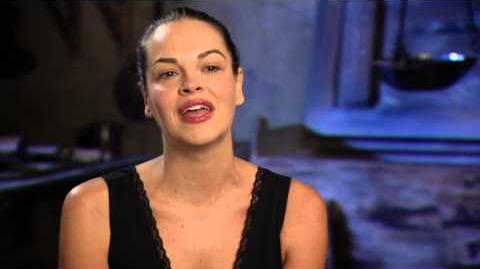 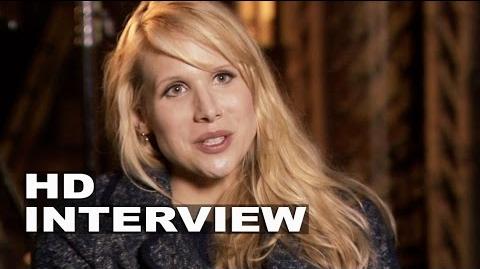 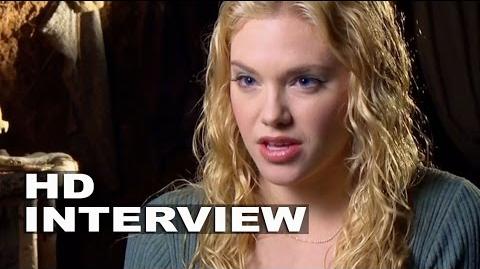 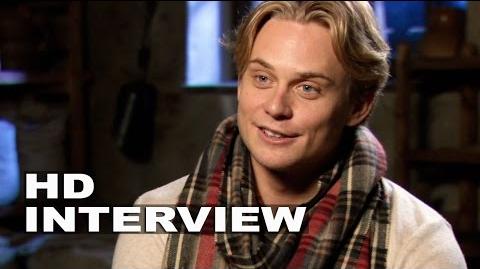 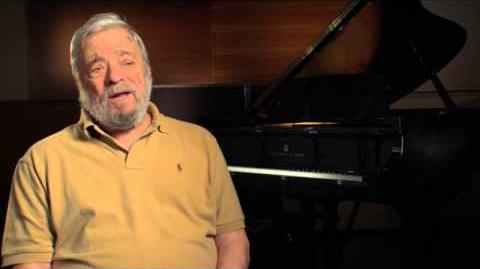 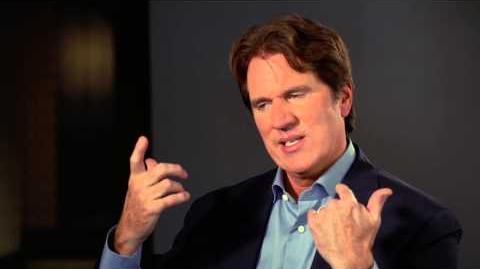 Into the Woods Director Rob Marshall Behind the Scenes Movie Interview