Acquired by Cornelius Robinson and renamed as Robinson Industries

InventCo. Labs is a inventing company from the Disney film Meet the Robinsons. Acquired by Cornelius Robinson between 2007 and 2037, it was reformed as Robinson Industries which continued creating new inventions that completely improved the lives of mankind.

InventCo. Labs is a company that specializes in new inventions. Inventco sponsored the Joyce Williams Elementary School Science Fair in 2007. Its head is an unnamed CEO (Chief Executive Officer). The working environment in the company is implied to be neck-breaking as Lucille herself stated that she hasn't 'slept in eight days' but managed to pull through due to the usage of caffeine patches which was implied to be used by all employees to cope with the working conditions and hours.

After Inventco was acquired by Cornelius Robinson between 2007 and 2037 as Robinson industries, the company continued specializing in life-changing inventions but in a more efficient manner which changed the lives of mankind forever. From this company came flying cars, travel tubes, Insta-Building (buildings that were constructed within seconds) and many more. All security personnel and secretaries were replaced by robots as machines proved to more efficient in security jobs than humans. The building housed a prototype room (in which the failed DOR-15 escaped from not long before the events of the film) for failed inventions and formerly the Time Machine Prototype. 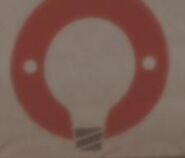 Logo of Inventco.
Add a photo to this gallery

Retrieved from "https://disney.fandom.com/wiki/Inventco?oldid=4462439"
Community content is available under CC-BY-SA unless otherwise noted.