Flynn Jones
James Earl Jones is an American actor and voice actor, who is probably best known as the voice of Darth Vader in the Star Wars film series. Since the franchise was acquired by Disney, he has reprised his voice role of Vader in Star Wars Rebels, Rogue One, and The Rise of Skywalker.

Among his other contributions for Disney, he is also well known for voicing Mufasa in The Lion King (1994). He went on to reprise the role in The Lion King II: Simba's Pride, The Lion Guard: Return of the Roar, and the CGI remake directed by Jon Favreau. He was also one of the international hosts in Fantasia 2000. He appeared in True Identity and hosted both American Legends and The Story Behind the Story: The Lion King on the 2002 2-disc DVD of Beauty and the Beast. He also voiced Santa Claus in two Recess episodes and Recess Christmas: Miracle on Third Street. He reprised his role as Darth Vader in the Star Tours: The Adventures Continue attraction at Disneyland and Disney's Hollywood Studios and voiced Mara in Indiana Jones Adventure: Temple of the Forbidden Eye at Disneyland. Additionally, he played Duggan in Three Fugitives and the narrator in Judge Dredd. Outside of Disney, he is best known as the voice of the Cable News Network tagline "This is CNN".

He was named a Disney Legend in 2019, he finished his speech with "and may the force be with you."[1] 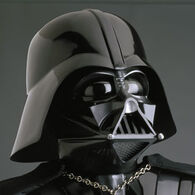 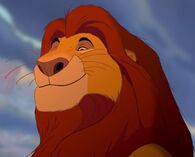 James Earl Jones behind the scenes of The Lion King (1994).

James Earl Jones behind the scenes of The Lion King (2019).