2
James Patrick Stuart is an English-American actor and voice actor, whose Disney roles include Xigbar and Braig in the Kingdom Hearts series, One-Eyed Wally in Amphibia, Emperor Zurg in several Toy Story video games and Disney Infinity,[1] Black Barty in Kinect: Disneyland Adventures, Lance in the Shake It Up episode "Ty It Up", Dengar in LEGO Star Wars: The Freemaker Adventures, and additional voices in Phineas and Ferb. He also portrayed Col. Prescott in the Jessie episode "G.I. Jessie", Day Bellhop in Pretty Woman, Ethan Wright in Castle, and a prosecutor in How to Get Away with Murder. He will portray Vic/Kraniac in the upcoming Disney Channel Original Series, The Villains of Valley View.

Stuart was born to English parents Chad and Jill Stuart. His father was one-half of the 1960s British Invasion duo Chad & Jeremy and voiced a vulture in Disney animated feature The Jungle Book. As a child actor, he went by the name Patrick Stuart, and starred in the 1980s TV series Galactica 1980 as Doctor Zee. His other television credits include All My Children, CSI: Crime Scene Investigator, Andy Richter Controls the Universe, The Closer, 90210, Still Standing, Seinfeld, Supernatural, Frasier, JAG, Bones, Castle, General Hospital. He also appeared in films, like Gettysburg, Gods and Generals, Imagine That, It's Complicated, and Something Wicked.

A prolific voice actor, he is best known for voicing Avalanche in Wolverine and the X-Men, Zeg in Blaze and the Monster Machines, and Private in the Nickelodeon animated series The Penguins of Madagascar. He also voiced roles in Duck Dodgers, American Dad!, Scooby-Doo! Mystery Incorporated, Winx Club, Monsters vs. Aliens, Be Cool, Scooby-Doo, Spirit Riding Free, The Boss Baby: Back in Business, and the films: Scooby-Doo! Abracadabra-Doo and Justice League: The Flashpoint Paradox. 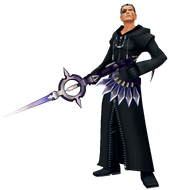 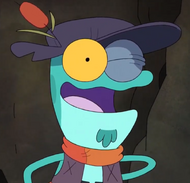