5
James Favid Van Der Beek is an American actor. He rose to fame beginning in 1998 for his portrayal of Dawson Leery in the WB series Dawson's Creek and for portraying a fictionalized version of himself in the ABC sitcom Don't Trust the B---- in Apartment 23. He also stared in CSI: Cyber as FBI Special Agent Elijah Mundo.

For Disney, he voiced Pazu in Castle in the Sky and provides the voice of Boris Hauntley in Vampirina.[1] He also played Lincoln Rogers Dunnison in the 2001 Dimension/Miramax film, Texas Rangers. 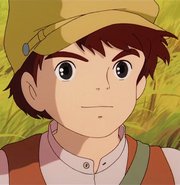 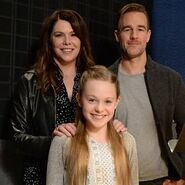