Jawas are typically short rodent-like natives of the planet Tatooine, featured in the Star Wars universe. They have served as both allies and antagonists at different points in the franchise.

They are passionate scavengers, seeking out technology for sale or trade in the deep deserts in their huge sandcrawler transports. A band of Jawas is responsible for locating C-3PO and R2-D2 and selling them to Luke Skywalker's step-uncle Owen Lars. They have been described as very furry.

Jawas are occasionally featured in the show Jedi Training Academy. They can also be seen at DHS during Star Wars Weekends at the Walt Disney World. They have not yet appeared at Star Wars: Galaxy's Edge, as the land is set on the newly-created planet Batuu rather than Tatooine.

One of the most popular things they do with guests is pin trading.[1] 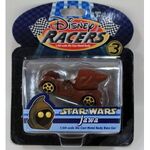 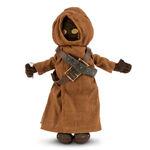 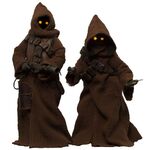 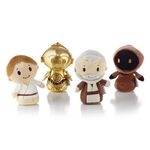 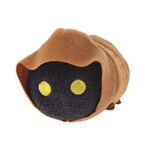 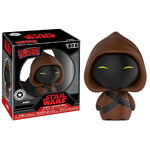