Jean Pierre Napoleon is a French Interpol agent who appears in Muppets Most Wanted. He is played by Ty Burrell. Napoleon drives the Interpol-licensed car Le Maximum.

“Jean Pierre Napoleon is an Interpol agent who’s charged with solving an elaborate crime spree. He's not alone in his mission, however, as Sam the Eagle, CIA, is assigned to the same case.[1]”
―{{{2}}} 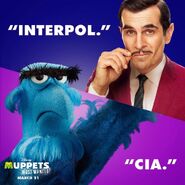 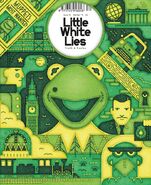 Retrieved from "https://disney.fandom.com/wiki/Jean_Pierre_Napoleon?oldid=3704263"
Community content is available under CC-BY-SA unless otherwise noted.