1
Jennifer Leigh Hale is a Canadian-American voice actress, who has voiced many characters in the DC Animated Universe, such as superheroine Zatanna Zatara and supervillains Giganta and Killer Frost. She is also known for her dozens of other voice-acting roles, the most notable being the female Commander Shepard in the Mass Effect Trilogy, Rosalind Lutece in BioShock Infinite, Ms. Keane, Sedusa, and Princess Morbucks in The Powerpuff Girls, and Sam and Mandy in Totally Spies.

For Disney, Hale is the current voice of Cinderella, having voiced her since 2000, and also provided the voice of Princess Aurora in some of her appearances between 2001 and 2010. She has also voiced Alana in The Little Mermaid: Ariel's Beginning, a Stage Manager in American Dragon: Jake Long, Captain Marvel in The Avengers: Earth's Mightiest Heroes, and Lady Stella in Star Darlings. She also voiced Aayla Secura in Star Wars: The Clone Wars and her Force Ghost in Star Wars: The Rise of Skywalker. 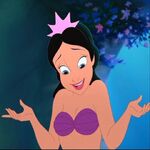 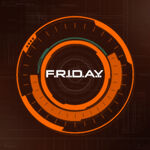 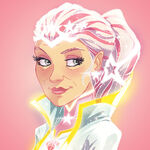 Jennifer Hale at the premiere of Kingdom Hearts II in May 2005.

Jennifer Hale at the premiere of Ralph Breaks the Internet in November 2018.

(From L to R): Linda Larkin, Jennifer Hale, Paige O'Hara, Auli'i Cravalho, and Irene Bedard at the Ralph Breaks the Internet premiere at the El Capitan Theatre in November 2018.
Русский
Community content is available under CC-BY-SA unless otherwise noted.
Advertisement