He is best credited for providing the voice-over roles in various Walt Disney Animation Studios feature films, such as LeFou in Beauty and the Beast, March Hare in Bonkers, the Spanish dignitary in Frozen, and Mr. Manchas in Zootopia. He also voiced the voice for the Submarine Captain Hero in Higglytown Heroes and Jade in Gargoyles.

Outside of Disney, Corti appeared in films like The Corporate Ladder, Love & Basketball, Gone in 60 Seconds, Bringing Down the House, Hulk, Stiletto, and provided the singing voice of Charlie B. Barkin in All Dogs Go to Heaven 2. His television appearances include 24, Heroes, Desperate Housewives, The West Wing, Judging Amy, Law & Order, One Life to Live, CSI: Miami, Providence, Boy Meets World, Walker, Texas Ranger, and JAG.

His also provided his voice for shows that include The Tom & Jerry Kids Show, Droopy, Master Detective, Rugrats, The Wild Thornberrys, Where on Earth Is Carmen Sandiego?, The Batman, and NFL Rush Zone.

LeFou
(Beauty and the Beast) 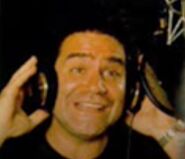 Jesse Corti behind the scenes of Beauty and the Beast.