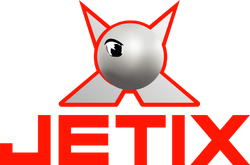 It was formerly aired on both Toon Disney and ABC Family, but following the August 31, 2006 broadcast, ABC Family dropped the Jetix block, which continued to air on its main home channel, Toon Disney. It then took up total of 85% of Toon Disney's programming time.

On February 14 2009, Jetix was defunct, replaced by Disney XD in some countries. As of present, there are no remaining Jetix channels in the world.

Retrieved from "https://disney.fandom.com/wiki/Jetix_(US)?oldid=4197110"
Community content is available under CC-BY-SA unless otherwise noted.