James Michael "Jimmy" Bennett is an American actor, voice actor, and musician. He is known for his roles as a child actor in movies such as Daddy Day Care, Poseidon, The Polar Express, Hostage, Shorts, Evan Almighty, and the 2009 reboot of Star Trek.

For Disney, he voiced Roo in a few Winnie the Pooh movies and in the video game Kingdom Hearts II. He also voiced Hathi, Jr. in The Jungle Book 2 and Buddha in Snow Buddies (replacing Dominic Scott Kay). He also played Alex Willgham in the ABC Studios TV show, Perception. 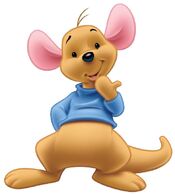 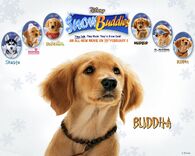 Buddha
(Snow Buddies)
Add a photo to this gallery

Jimmy Bennett speaks at the No Ordinary Family panel at the 2010 Summer TCA Tour. 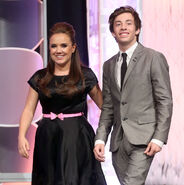 Jimmy Bennett and Jennifer Veal attending the 21st Annual Movieguide Awards in February 2013.
Add a photo to this gallery