Worley was born in Lowell, Indiana, the third of five children. In 1962, her father remarried and his second union gave her two half-brothers and two-half sisters. Always remembered for her loud voice, Worley once said that when she attended church as a little girl, she never sang the Hymns but would only lip-synch them for fear that she would drown out everyone else. Before graduating from high school, she was named School Comedienne.

After graduating from high school in 1955, Worley moved to Blauvelt, New York, where she began her professional career as a member of the Pickwick Players. This led to a drama scholarship Midwestern State University in Wichita Falls, Texas.

After studying at Midwestern for two years, she moved to Los Angeles to study at Los Angeles City College and the Pasadena Playhouse. She was soon given her first musical role in a production of Wonderful Town. In 1961, she received her first major break when she appeared in the musical revue Billy Barnes People; this performance soon moved to Broadway.

For Disney, Worley did voice roles in The Wuzzles, DuckTales, Beauty and the Beast, A Goofy Movie, Belle's Magical World, Kim Possible, and Kingdom Hearts II.

She also appeared in The Shaggy D.A., hosted two episodes of The Mouse Factory ("Women's Lib" and "Horses") and guest-starred on the Walt Disney anthology series, Boy Meets World, and Wizards of Waverly Place. 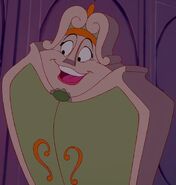 Wardrobe
(Beauty and the Beast and Belle's Magical World) 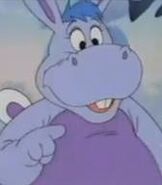