McKinley and Delaney
Jodi Marie Benson (née Marzorati) is an American actress, voice actress, and soprano singer who is best known for her starring role as Ariel in Disney's highly-successful animated feature film The Little Mermaid.

In 1989, Benson (working as a Broadway star at the time) made her theatrical debut as Ariel in The Little Mermaid. The filmmakers felt that it was necessary to have both Ariel's speaking and singing voices done by the same person, and therefore considered her a perfect candidate. She also briefly voiced Vanessa (Ursula's human alter ego) on behalf of Pat Carroll.

Benson's vocal talents were given critical acclaim from a wide variety of film critics. It was for this film that she recorded her signature song "Part of Your World", which audiences around the world have grown to know and love.

The success of The Little Mermaid spawned an animated TV series in the mid-90s, followed by two direct-to-video sequels (the first in 2000 and the second in 2008). Benson has continued to reprise her role as Ariel in most Disney-related media, including the animated television series House of Mouse (in which she also voiced Belle from Beauty and the Beast on behalf of Paige O'Hara).

Benson is also famous for voicing several other Disney characters from various films and television series, including Weebo in Flubber, Barbie in Toy Story 2 and 3 as well as Hawaiian Vacation, Helen of Troy in the Hercules TV series and Zero to Hero, Lady in Lady and the Tramp II: Scamp's Adventure, and Anita in 101 Dalmatians II: Patch's London Adventure. In 2007, Benson even landed a supporting role as Sam in Enchanted, which remains one of Benson's few live-action film roles to-date and her only Disney-related one (aside from one cameo scene in Flubber).

In August 2011, Benson was honored as one of the Disney Legends alongside the Disney Princess voice actresses Paige O'Hara, Linda Larkin, Lea Salonga, and Anika Noni Rose.

In addition to reprising her role as Ariel in Ralph Breaks the Internet and the Sofia the First special "The Floating Palace", Benson also voiced Queen Emmaline. Additionally, she voiced a character in the Phineas and Ferb episode "Tales from the Resistance: Back to the 2nd Dimension".

Benson appeared as herself in The Wonderful World of Disney: The Little Mermaid Live!

Outside of Disney, she is well-known for voicing Jane Doe and Patsy Smiles in the Cartoon Network series Camp Lazlo, Aquagirl in Batman Beyond, Tula in the Fox Kids animated series The Pirates of Dark Water, the title character in P.J. Sparkles, and Thumbelina in Don Bluth's 1994 animated film of the same name. Additionally, she took over the voice role of Jenna in the sequel films, Balto II: Wolf Quest and Balto III: Wings of Change. 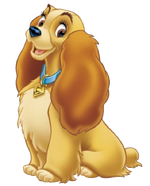 Belle
(House of Mouse; in tandem with Paige O'Hara)

Helen of Troy
(Hercules: The Series)

Lastelle's Mother
(Nausicaä of the Valley of the Wind; Disney dub)

Singing Teacher
(Star vs. the Forces of Evil)

Healing Fairy
(Secret of the Wings)

Amber O'Malley
(Pepper Ann)
Add a photo to this gallery

Jodi Benson behind the scenes of The Little Mermaid.

Jodi Benson with Pat Carroll, Tara Strong, Buddy Hackett, and Samuel E. Wright at the premiere of The Little Mermaid II: Return to the Sea in October 2000.

Jodi Benson at the premiere of The Little Mermaid: Ariel's Beginning in August 2008.

Jodi Benson named a Disney Legend in May 2011.

Jodi Benson with Pat Carroll in Disneyland in June 2011.

Jodi Benson with her husband, Ray and their two kids: Delaney and McKinley in September 2013.

Jodi Benson along with other Disney Princess voice actresses, and Sarah Silverman, at the D23 Expo 2017.

Jodi Benson at the premiere of Ralph Breaks the Internet in November 2018.
Add a photo to this gallery

Retrieved from "https://disney.fandom.com/wiki/Jodi_Benson?oldid=4469548"
Community content is available under CC-BY-SA unless otherwise noted.