5, including Sean Astin (adoptive son)
John Astin is an American actor who is best known for playing Gomez Addams in the 1960s Addams Family television series.

For Disney, he played Bill Anderson in the 1976 film, Freaky Friday, Neil Witherspoon in the 1986 film, Mr. Boogedy and Santa Claus in the Higglytown Heroes episode "Twinkle's Wish". His other Disney roles include Supt. Skinner and Hank the Janitor in the Recess episodes "A Genius Among Us", "The Story of Whomps", and "Kids in the Mist", additional voices in the Quack Pack episode "Unusual Suspects", Sydney in the Aladdin episodes "While the City Snoozes" and "The Animal Kingdom", The Mole in the Bonkers episode, "Stressed to Kill", the host of two episodes of The Mouse Factory, including "Pluto" and "Hunting", and voiced Mr. Roborson in the Quack Pack episode, "Unusual Suspects". 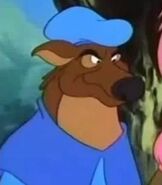 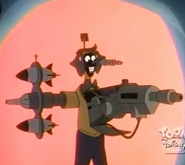 Mr. Roborson
(Quack Pack)
Add a photo to this gallery
Retrieved from "https://disney.fandom.com/wiki/John_Astin?oldid=3990964"
Community content is available under CC-BY-SA unless otherwise noted.