John Frederick Cygan was an American actor, voice actor, and comedian. He is well known for his role as Detective Paulie Pentangeli in the ABC series The Commish and Harlan Stone in Bob.

Cygan was born in New York City to a large family of thirteen children and attended West Babylon High School on Long Island and was active in the church and school theatre while in high school with productions, like Arsenic and Old Lace and Bye Bye Birdie.

For Disney, he voiced Twitch in Disney/Pixar's Toy Story 3 and Toy Story 3: The Video Game, Hedley in Treasure Planet, Idle Threat in the Cars Toons episode The Radiator Springs 500½ and Cars: Fast as Lightning (though he was uncredited), and Roy "Big Red" O'Growlahan in Monsters University. He was also an additional voice in Cars, WALL-E, Ponyo, Up, Inside Out, and the Cars Toons episodes Unidentified Flying Mater, Monster Truck Mater, Heavy Metal Mater, Moon Mater, Mater Private Eye, and Air Mater.

Cygan also provided his voice in films, like Ice Age: The Meltdown, Surf's Up, Happily N'Ever After, Horton Hears a Who!, Cloudy with a Chance of Meatballs, The Lorax, Minions, and shows, like The Grim Adventures of Billy & Mandy, Ben 10, and Regular Show. 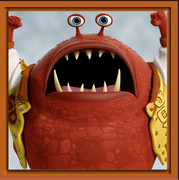