Alexander and Nicholas (with Dalton)
Sir John Hurt, CBE, was an English actor, whose career spanned for more than 50 years.

For Disney, he voiced the Horned King in The Black Cauldron, Peter Strezylk in Night Crossing, Felix in Valiant, and Mr. Narrator in The Tigger Movie.

He also played the War Doctor, a canonical incarnation of the Doctor in Doctor Who, for the series' 50th anniversary special, The Day of the Doctor; though it was the only incarnation not to be parodied in The Muppets Take the 02.

He died 3 days after his 77th birthday. 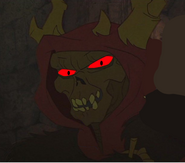 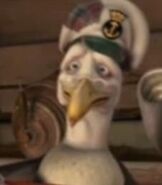 Felix
(Valiant)
Add a photo to this gallery

Retrieved from "https://disney.fandom.com/wiki/John_Hurt?oldid=4574148"
Community content is available under CC-BY-SA unless otherwise noted.