Julie Benz (1998-2007)
John Kassir is an American actor, voice actor, and comedian. Best known for voicing the Cryptkeeper in the Tales from the Crypt franchise.

In the 2016 remake of Pete's Dragon, Kassir provided the vocal effects for Elliott. He also played Rocky and Armando in George of the Jungle 2, Jean Michel in Encino Woman, and Chuck in Race to Witch Mountain.

After Alan Young's death, he took over as the voice of Scrooge McDuck in the Mickey Mouse series. 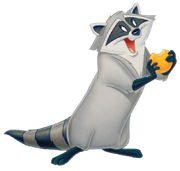 Meeko
(Pocahontas and
Pocahontas II: Journey to a New World) 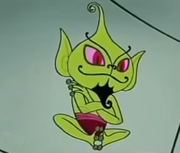 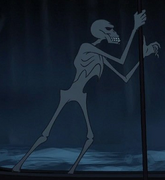 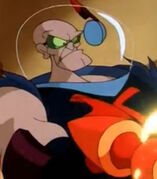 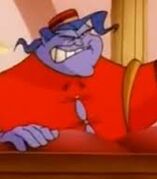 Rocky
(George of the Jungle 2)

Cheapskate
(Teamo Supremo)
Add a photo to this gallery

John Kassir at Pete's Dragon premiere in August 2016.
Add a photo to this gallery
Retrieved from "https://disney.fandom.com/wiki/John_Kassir?oldid=3876966"
Community content is available under CC-BY-SA unless otherwise noted.