John Lounsbery was an American animator who worked for The Walt Disney Company. He is best known as one of Disney's Nine Old Men.

He was born in Cincinnati, Ohio, and was raised in Colorado. He attended East Denver High School and the Art Institute of Denver. While attending the Art Center School of Design in Los Angeles, an instructor sent him to interview with Walt Disney.

Lounsbery was hired by Disney on July 2, 1935, beginning as an assistant animator on Snow White and the Seven Dwarfs. He went on to work on numerous other short features in the 1940s, while continuing to serve as part of the animating team on nearly all of Disney's most famous feature-length animated films. In the 1970s, he was promoted to director, and co-directed Winnie the Pooh and Tigger Too! and The Rescuers.

John Lounsbery died on February 13, 1976. At the time of his death, he was working on The Rescuers and still animating at the Walt Disney Studios. He was named a Disney Legend in 1989.

He was an animation director for: 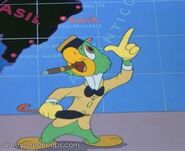 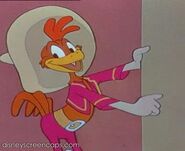 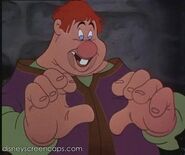 Rose and the Flowers

The Sheriff of Nottingham

Trigger and Nutsy
Add a photo to this gallery

Retrieved from "https://disney.fandom.com/wiki/John_Lounsbery?oldid=3574799"
Community content is available under CC-BY-SA unless otherwise noted.