Ends up with Maddie

"Whooo!"
Josh Willcox is a recurring character in seasons 3 and 4 of Liv & Maddie, as Liv Rooney's co-star and love-interest in Voltage, Garrison. He also forms a loving, serious relationship with her twin sister, Maddie, who he instantly fell in love with the day they met and he is her boyfriend for both seasons.

Josh is originally from hollywood, Los Angeles and moved to Steven's Point when he got the role of Garrison in Voltage. He then moves back to LA when Voltage relocates there and he and Maddie happily continue their relationship there. Josh is also a skilled baseball player, which he has been playing since the age of 2.

Josh and Maddie are the main paring in Liv & Maddie as of season 3. They first met in "Cowbell-A-Rooney" and he instantly fell in love with her, but she had no idea. In "Secret-Admirer-A-Rooney", Josh made up an excuse - needing basketball lessons - to spend time with Maddie and she soon realised she liked him back after they almost kissed. They became a couple in "Vive-La-Rooney" and went on their first date in "Home Run-A-Rooney". Their relationship continues to develop strong in season 4.

Josh met Liv in "Co-Star-A-Rooney" when auditioning to be her love interest, Garrison, in Voltage, which he got and they became close friends. Liv helped Josh fit into Steven's Point in "Cowbell-A-Rooney" and they went to a red carpet event together in "Ask Her More-A-Rooney". Liv likes to tease Josh as seen in "Home Run-A-Rooney".

Josh and Joey are beat friends. Although they haven't spent a lot of time together, they are very close and become co-stars on Voltage in "Friend-A-Rooney". 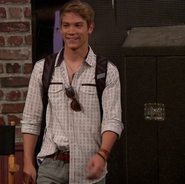 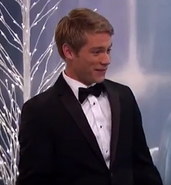 Retrieved from "https://disney.fandom.com/wiki/Josh_Willcox?oldid=3716292"
Community content is available under CC-BY-SA unless otherwise noted.