Journey Into Your Imagination

Journey Into Your Imagination

The attraction closed on October 8, 2001 due to incredibly sharp criticisms over Figment's drastically-reduced role, the removal of the Dreamfinder, directly insulting riders, and generally having nothing on the original attraction.

The ride began with guests going through the Imagination Scanner and saying that the riders have no imaginations. Nigel Channing then decided to send us the guests through numerous labs throughout the Institute, including Sound, Illusion, Color, Connections and Gravity.

In the Sound Lab, guests entered a room of total silence and complete darkness. Slowly, they would hear the sounds of crickets chirping, distant city noises and an approaching train that came closer and closer until it seemed to pass over the guests' heads.

In the Illusion Lab, there was a fish swimming in and out of its tank and a cage with a disappearing and reappearing butterfly.

In the Color Lab, there were sounds of jungle animals and cities that caused two large light screens to change colors to the sounds.

In the Connections Lab, numerous stars that soon formed into constellations could be seen.

Finally, in the Gravity Lab, guests entered an upside down house which included effects such as water dripping up and a truck on the ceiling.

Soon, the guests went through the Imagination Scanner again and found that their minds had been supercharged with ideas. The guests then exited into the new version of the ImageWorks.

Journey Into Your Imagination was met with overwhelmingly negative reception from guests. Figment's appearances in the ride were reduced to a few cameos in the queue movies, a constellation in the Connection Lab and in the finale. Figment's minor role was the downfall of this ride for many fans of the previous version and it soon became the most complained about attraction in the history of Walt Disney World. It closed on October 8, 2001 to bring Figment back to a larger role with Journey Into Imagination With Figment. 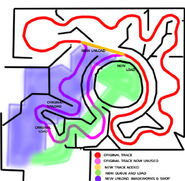 An artist's conception of the 2nd and 3rd incarnations of the attraction, also highlighting the other changes made to the pavilion over the years. 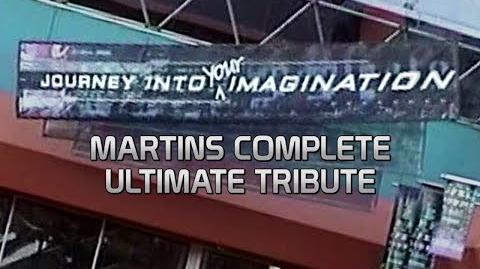 Michael Eisner, Disney's CEO at the time, famously disliked Figment as a character and still hated the attraction.