Harry
June Louise Squibb is an American actress and voice actress who has done supporting roles in various films, such as Alice, Scent of a Woman, The Age of Innocence, In & Out, and Far from Heaven. 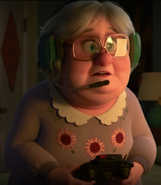 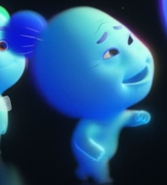 Gerel
(Soul)
Add a photo to this gallery
Retrieved from "https://disney.fandom.com/wiki/June_Squibb?oldid=4385585"
Community content is available under CC-BY-SA unless otherwise noted.