This article is about the upcoming 2021 film. For the Disney Parks ride of the same name, see Jungle Cruise.

English
Jungle Cruise is an upcoming film based on the ride of the same name starring Dwayne Johnson who will also be a producer.

The film will also be coproduced by John Davis and John Fox of Davis Entertainment, Beau Flynn of FlynnPictureCo., and Dany and Hiram Garcia of Seven Bucks Productions.[1] John Requa and Glenn Ficarra will pen the script.[2]

A tramp steamer captain named Frank Wolff[5] takes a pair of scientist siblings down the Amazon River in search of the Black Orchid, a flower with miraculous healing properties, while evading German mercenaries.[6]

A Jungle Cruise movie has been in the works at Disney since at least 2006. A previous attempt that was originally intended for a 2007 release would have featured Tom Hanks and Tim Allen in starring roles as a Skipper and a frustrated passenger going down river to search for a miraculous cure in a story described as a more comical take on Heart of Darkness. This version was still being tossed around as late as 2011, but ended up never materializing.[7]

On August 19, 2015, it was confirmed a new version of the project was moving forward with Dwayne Johnson set to star.[8] On April 7, 2017, Johnson announced he would also be producing.[8]

On July 31, 2017 it was confirmed that Jaume Collet-Serra will direct the film.[9] They have also been confirmed to be working off on a script written by J.D. Payne and Patrick McKay.[10]

On January 30, 2018, Emily Blunt was announced to sign on to the project and that Michael Green was hired to rework the script.[11] On March 26, 2018, English comedian Jack Whitehall was cast as the scientist's brother.[12] On April 19, 2018, Édgar Ramírez and Matt Damon had signed on to the project as the film's villains.[12]

On May 14, 2018 filming began on Hawaii and sends a video to show the set sneak peek

On September 14, 2018 filming has officially wrapped.

In December 2018, It was reported that actor Jack Whitehall's character would be homosexual and would have a coming out scene in the film with Dwayne Johnson. There was some backlash over the report, with a few expressing outrage over a straight actor being cast as a "camp" gay character. 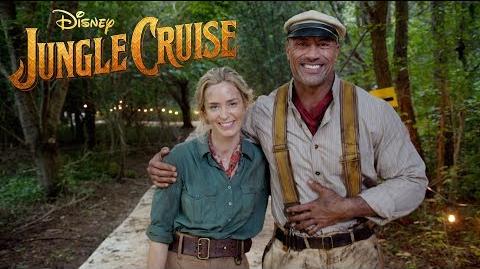 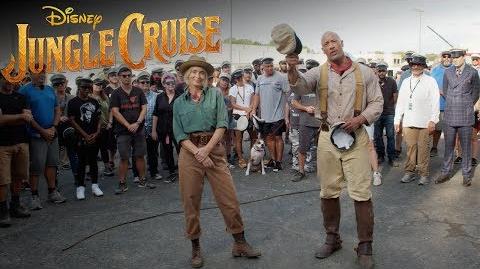 The Disney Wiki has a collection of images and media related to Jungle Cruise (film).

Retrieved from "https://disney.fandom.com/wiki/Jungle_Cruise_(film)?oldid=4406028"
Community content is available under CC-BY-SA unless otherwise noted.