KABC-TV, channel 7, is an owned-and-operated television station of the Walt Disney Television-owned American Broadcasting Company, licensed to Los Angeles, California, USA. KABC-TV's studios are located in Glendale, California, and its transmitter is based on Mount Wilson.

In the few areas of the western United States where viewers cannot receive ABC programs over-the-air, KABC-TV is available on satellite to subscribers of DirecTV.

The station's digital signal is multiplexed:

ABC7 Plus, branded on-air as ABC7+ with the plus sign, primarily airs programming from the Live Well Network, which premiered on channel 7.2 on April 27, 2009. It also airs rebroadcasts of its local news, public affairs programming, and syndicated shows. However, ABC7+ can carry shows that are normally on the main channel (7.1) if KABC has preempted them for breaking news. Two such preemptions occurred in 2007 when ABC7+ aired sports events from ESPN on ABC while KABC had continuous live news coverage of local wildfires: the Subway 500 NASCAR NEXTEL Cup Series race on October 21 and the first round of the Skins Game golf tournament on November 24.

On September 12, 2009 ABC7+ aired live coverage of a memorial service at Dodger Stadium in Los Angeles for two members of the Los Angeles County Fire Department who died while fighting the Station Fire in the Angeles National Forest. KABC's Saturday morning ABC Kids children's programming aired as scheduled without preemption.

Channel 7.3 previously carried a local version of The AccuWeather Channel, but as of 2012 it has been replaced with a standard-definition feed of the Live Well Network.

KABC+ is broadcast by Time Warner Cable as KABC3 or, in full, KABC DT3 Live Well*, on channel 228.

KABC-TV shut down its analog signal, over VHF channel 7, on June 12, 2009 at 12:00 p.m., as part of the DTV transition in the United States. The station had been broadcasting its pre-transition digital signal over UHF channel 53, but returned to channel 7 for its post-transition operations. KABC broadcasts in 720p high definition on virtual channel 7.1, since ABC Network programming uses that particular HD format.

After the digital transition commenced, some viewers had difficulty receiving the new signal, despite its current level of 25,000 watts. On March 31, 2009, KABC-TV filed an application to the FCC to upgrade its signal strength to 28,700 watts. It was granted a construction permit on March 3, 2011.

Channel 7 first went on the air as KECA-TV on September 16, 1949. At the same time, it was the last of Los Angeles' VHF television stations to sign on, and the last of the five original ABC-owned stations to debut, after KGO-TV in San Francisco signed on four months earlier.

The station was named after Los Angeles broadcasting pioneer Earle C. Anthony, whose initials were also present on channel 7's then-sister radio station, KECA (790 AM, now KABC). KECA radio had been an affiliate of the NBC Blue Network. Anthony's other Los Angeles radio station, KFI, was aligned with the Red Network. The Red Network survived the split of the two NBC radio networks ordered by the Federal Communications Commission (FCC) in 1943. Edward J. Noble, who bought the Blue Network (beginning its transformation into ABC), purchased KECA radio a year later when the FCC forced Anthony to divest one of his Los Angeles radio stations.

On February 1, 1954, KECA-TV changed its call letters to the present KABC-TV.

From the time of its initial sign-on in 1949, channel 7 was located at the ABC Television Center (now branded as the Prospect Studios), located in the Los Feliz neighborhood of Los Angeles, east of Hollywood. In December 1999, KABC-TV moved from its longtime studios to a new state-of-the-art facility designed by César Pelli in nearby Glendale. The station is currently a short distance from ABC's West Coast headquarters, and from parent Walt Disney Company's headquarters in Burbank.

KABC-TV has used the Circle 7 logo since 1962 (the same year ABC created and implemented its current logo), and augmented its bottom left quadrant with the ABC network logo in 1997. The station's news anchors and reporters wear Circle 7 lapel pins when they appear on camera, a practice that had once been standard at each of the original five ABC-owned stations.

On February 4, 2006, KABC-TV became the first television station in California to broadcast its newscasts in high-definition. Along with the in-house upgrades, the station debuted an upgraded news set and an update to its theme music.

KABC-TV first adopted the Eyewitness News format in February 1969, not long after it became a hit at sister station WABC-TV in New York City. Like the other ABC-owned stations, Channel 7 used the "Tar Sequence" cue from the soundtrack of the 1967 film Cool Hand Luke as its theme music, and continued to do so even after the others adopted the Frank Gari-composed "News Series 2000", an updated version of the theme. Later on, the original Cool Hand Luke theme was used only in the news open. The station's newscasts used a synthesized version of the old theme, composed by Frank Becker, during the mid-1980s. KABC-TV picked up the News Series 2000 package in 1990. In 1995 KABC began using Gari's "Eyewitness News" music package, which remains the station's news theme.

During the 1980s, KABC-TV was one of a few stations in the country to run a three-hour block of local news during weekday afternoons and early evenings from 4:00 to 7:00 p.m. The station was the first in the region, if not the state, to introduce an hour-long newscast at 4 p.m., first anchored by Jerry Dunphy and Tawny Little in September 1980. Before this the station ran two hours of news from 5–7 p.m.

KABC-TV is one of two ABC stations on the West Coast to air World News at 6:30 p.m.; the only other ABC station to do this is KGTV in San Diego. Most other Western ABC stations run this broadcast at 5:30 or 6:00 p.m. When the network soap opera Port Charles ended its run in 2003, channel 7 expanded its midday newscast to a full hour.

KABC-TV is one of two Los Angeles television stations with a full-time presence in California's state capital, Sacramento. Since late 2003, the station has shared resources with sister stations KGO-TV in San Francisco and KFSN-TV in Fresno to staff a Sacramento bureau following Arnold Schwarzenegger's election to the office of Governor of California, during the 2003 California recall.

During the 1970s and 1980s the station's newscasts often included spirited mini-debates and commentaries reflecting various political viewpoints. Several notable politicians and political pundits appeared on these segments including Proposition 13 backer Howard Jarvis, former U.S. Representative and Senator John Tunney, Bruce Herschensohn, Bill Press and Baxter Ward. In addition, like many other stations at the time, KABC-TV aired brief editorials from the station's general manager, most notably John Severino, who served throughout the 1980s. This practice was discontinued in 1990.

Today, KABC-TV airs 44 hours and 55 minutes of news a week (with 6 hours and 35 minutes on weekdays, 5 hours on Saturdays, and 7 hours on Sundays), Second most of any TV station in Los Angeles behind KTLA-TV.

The introduction of Eyewitness News, followed by the addition of syndicated staples such as The Oprah Winfrey Show (in 1986), Live! with Kelly (in 1991), Jeopardy!, and Wheel of Fortune (both game shows in 1992) has generally allowed KABC to maintain a substantial ratings advantage over its competition.

Leveraging the strength of its sizeable Oprah lead-in at 3:00 p.m, KABC has long held first or second in the ratings for its 4:00 to 6:30 p.m. news block. However, ratings leads for the morning and late news have typically been spirited (and expensive) battles with local stations KTLA and KTTV in the morning, and KNBC (and recently KCBS-TV) at 11:00 p.m.

KABC-TV produces several local shows including Vista L.A.. (which profiles Latino life in Southern California), and Eye on L.A. (which has been on the air in some form since the early 1980s). On weekends, the station airs Eyewitness Newsmakers, hosted by reporter Adrienne Alpert.

The station produces a sports/variety type show branded ABC 7 Sports Zone, which formerly originated from the ESPN Zone in Anaheim. This show airs occasionally following network telecasts of NCAA football and NBA games. Most ABC 7 Sports Zone shows now originate from local sports venues including the Los Angeles Coliseum, the Rose Bowl in Pasadena and Staples Center in Los Angeles, and occasionally at the station's studios in Glendale. It is hosted by Rob Fukuzaki, and is joined during the basketball season by former Los Angeles Laker great Michael Cooper. This program is a spin-off of Monday Night Live, which aired on KABC-TV from 1989 until Monday Night Football left the network after the 2005 NFL season. That show was hosted by Todd Donoho until 1997, and later Bill Weir and Rob Fukuzaki and featured an extensive trivia contest.

The station also produce a weekly entertainment program OnTheRedCarpet, hosted by Rachel Smith and Chris Balish. This program is also aired on other ABC-owned stations.

In the past, KABC-TV featured various locally produced shows such as AM Los Angeles; a morning talk show which at various times featured personalities Regis Philbin, Sarah Purcell, Ralph Story, Tawny Little, Cristina Ferrare, Cyndy Garvey, and Steve Edwards as hosts. Edwards also hosted a short lived afternoon show in the mid-1980s branded 330, which aired after the network airing of the soap opera The Edge of Night. (Live with Regis and Kelly, co-hosted by Philbin and produced at corporate sister station WABC-TV in New York, now occupies the former time slot of AM Los Angeles.)

On April 30, 1954, KABC-TV aired a preview, Dig Me Later, Vampira, hosted by Maila Nurmi at 11:00pm. The Vampira Show premiered on the following night, May 1, 1954. For the first four weeks, the show aired at midnight, and it moved to 11:00pm on May 29. Ten months later, the series aired at 10:30 p.m., beginning March 5, 1955. As Vampira, Nurmi introduced films while wandering through a hallway of mist and cobwebs. Her horror-related comedy antics included talking to her pet spider Rollo and encouraging viewers to write for epitaphs instead of autographs. When the series was cancelled in 1955, she retained rights to the character of Vampira.

In 1964, Pinky Lee attempted a return to kids TV by hosting a local children's comedy program on KABC-TV. The series was also seen in national syndication for the 1964 and 1965 TV seasons. But the program fell prey to creative interference from the show's producers and from station management. Lee tried to fight off the creative interference, but his efforts were for naught. The 1960s version of "The Pinky Lee Kids TV Show" went off the air after one season.

In July 2010, ABC's parent company, Disney, announced that it was involved in another carriage dispute with Time Warner Cable for the first time in ten years. This dispute involved four ABC owned-and-operated stations (including KABC-TV), Disney Channel and the networks of ESPN. If a deal was not in place, the entire Disney cluster would've been removed from Time Warner and Bright House cable systems across the country. On September 2, 2010, Disney and Time Warner Cable reached a long-term agreement to keep the Disney family of channels on its systems. 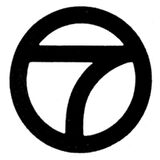 KABC is rebroadcast on the following translator stations:

Retrieved from "https://disney.fandom.com/wiki/KABC-TV?oldid=3859208"
Community content is available under CC-BY-SA unless otherwise noted.