Karen Dotrice reprised her role in the 1990-ish Read-Along version of Mary Poppins as an adult Jane narrating the story. Her father, Roy Dotrice, was also a notable Read-Along narrator.

She made a cameo in the 2018 sequel Mary Poppins Returns as the elegant woman. 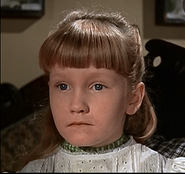 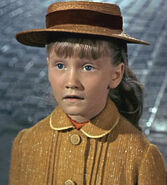 Karen Dotrice as a child 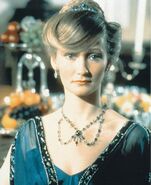 Karen Dotrice as Alex Mackenzie in The Thirty Nine Steps

Karen Dotrice with her sisters, Michelle and Yvette, and their father, Roy Dotrice

Karen Dotrice attending the premiere of Mary Poppins Returns in November 2018
Add a photo to this gallery
Retrieved from "https://disney.fandom.com/wiki/Karen_Dotrice?oldid=3835668"
Community content is available under CC-BY-SA unless otherwise noted.