For Disney, she provided the voices of M'Ma Crackshell and Nurse Hatchet in DuckTales, Ma in Chip 'n Dale Rescue Rangers, and a Heavyset Woman in Hercules.

Freeman had three live-action Disney films. One was a cop in The Strongest Man in the World, Miss Olin the Jacob Bailey High School teacher in Hocus Pocus, and Tom Tom Girl Gloria in I'll Be Home for Christmas.

She also appeared as a student in The Golden Girls season 6 episode "How Do You Solve A Problem Like Sophia" and provided additional voices in Gargoyles. 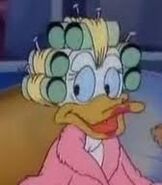