She joined the studio in 1981, starting her career as an animator on The Black Cauldron. She's the mother of Jennifer Zielinski who was pregnant with her at the time that Aladdin was made for the Disney franchise. After working on The Hunchback of Notre Dame, Kathy left Walt Disney Animation Studios and went to work for Dreamworks Animation SKG on films such as The Prince of Egypt as an animator, The Road to El Dorado as the supervising animator for the villain Tezekel Khan, an animator on the main character Spirit in Spirit: Stallion of the Cimarron, and as animator on Over the Hedge, Bee Movie, Kung Fu Panda, How to Train Your Dragon, Kung Fu Panda 2, and The Croods. She returned to the Disney studio in late 2013, as she has been an animator in Frozen and Zootopia (though she wasn't credited in the latter). 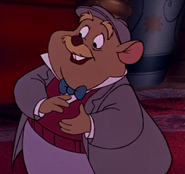 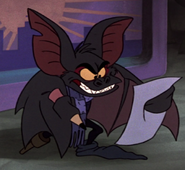 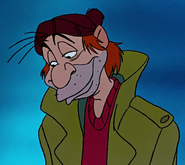 Jafar (as a beggar)

Jafar (as a snake)

Frollo
Add a photo to this gallery

Retrieved from "https://disney.fandom.com/wiki/Kathy_Zielinski?oldid=4127255"
Community content is available under CC-BY-SA unless otherwise noted.