2011-present
Kayla Maisonet is an American actress and dancer.

For Disney, she is known for her recurring role as Lindsay in Dog with a Blog. She is also featured in the new Disney Channel series Stuck in the Middle as Georgie Diaz and the ABC TV show, Speechless as Izzy. 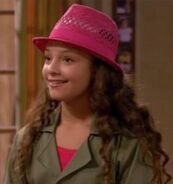 Lindsay
(Dog with a Blog) 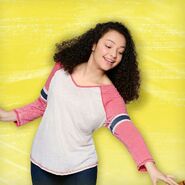 Kayla Maisonet attending the 2016 Radio Disney Music Awards.
Add a photo to this gallery
Retrieved from "https://disney.fandom.com/wiki/Kayla_Maisonet?oldid=4108400"
Community content is available under CC-BY-SA unless otherwise noted.