1999-present
Keith James Ferguson is an American comedian and voice actor, who is best known for his role as of Bloo in Foster's Home for Imaginary Friends and Papa G in Kid Cosmic.

His Disney roles include Lord Hater in Wander Over Yonder, Deputy Durland in Gravity Falls, Judro Hasselback in Amphibia, and Friend Owl in Bambi II. Ferguson is also a voice double for Lightning McQueen in the Cars franchise, such as Cars Toons and the video game of Cars 2 (when Owen Wilson is unavailable) and provided additional voices in Monsters University and Inside Out. Additionally, he voiced Sir Bartleby in the Sofia the First episode "The Silent Knight", Grime in "Minding the Manor", and the Wishing Well in "When You Wish Upon a Well".

In terms of video games, he voiced Marluxia in the Kingdom Hearts franchise, such as Re:Chain of Memories and 358/2 Days. 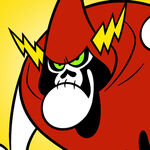 Mandrake the Malfeasant
(Wander Over Yonder) 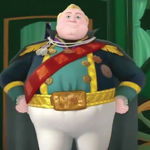 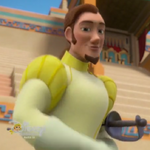 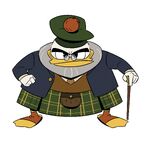 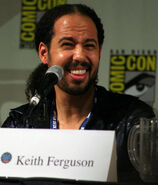