Laura Soltwedel (1972-2015 [his death])
Kevin Anthony "Moochie" Corcoran (June 10, 1949 - October 6, 2015) was an American director, producer, and former child actor. He appeared in numerous Disney projects between 1957 and 1963, frequently as an irrepressible character with the nickname Moochie.

Corcoran and Tommy Kirk played brothers in five films, beginning with 1957's Old Yeller. The other films in this category were The Shaggy Dog (1959), Swiss Family Robinson (1960), Bon Voyage! (1962) and Savage Sam (sequel to Old Yeller, 1963). Fred MacMurray played their father in The Shaggy Dog and Bon Voyage!. Dorothy McGuire played their mother in Old Yeller and Swiss Family Robinson.

Corcoran graduated from California State University, Northridge with a degree in theatre arts. After this he returned to Disney, this time working behind the camera as an assistant director and producer. His credits from this era include Superdad (1973), The Island at the Top of the World (1974) and Pete's Dragon (1977). Appropriately, he also worked on The New Mickey Mouse Club (1977). He was an associate producer on Treasure of Matecumbe (1976), on the sequel Return from Witch Mountain (1978) and on The North Avenue Irregulars (1979). He coproduced Herbie Goes Bananas (1980), and was the producer of the comedy television series Zorro and Son (1983). His more recent contributions to Disney include commentaries and interviews on such Disney DVD releases as The Shaggy Dog and Pollyanna. 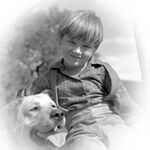 Retrieved from "https://disney.fandom.com/wiki/Kevin_Corcoran?oldid=2224974"
Community content is available under CC-BY-SA unless otherwise noted.