Disney Wiki
Register
Don't have an account?
Sign In
Advertisement
in: People, Actors, Pirates of the Caribbean,
and 14 more

David McNally
Kevin Robert McNally is an English actor, who has worked in theatre and radio extensively, as well as in film and television.

For Disney, he plays Joshamee Gibbs in the Pirates of the Caribbean franchise, being one of the three actors to appear in all five films, Alan Mason in High Heels and Low Lifes and Harris Cohrane in the ABC TV show, Designated Survivor. 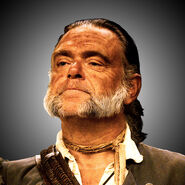 Joshamee Gibbs
(Pirates of the Caribbean)
Community content is available under CC-BY-SA unless otherwise noted.
Advertisement