Kilimanjaro Safaris is a safari attraction at Disney's Animal Kingdom at the Walt Disney World Resort in Lake Buena Vista, Florida. It is an open-sided safari ride through the savanna of East Africa.

The ride originally begins as a two-week safari aboard Simba 1 through the Harambe Wildlife Reserve in Harambe, East Africa. It is 800km2 of natural terrain, including Ituri forest, wetlands of the Safi River valley and the open bush country of the Serengeti Savanna. During most of the ride people view the common African animals including elephants, giraffe, antelopes, gazelles, crocodiles, monkeys, hippos, lions, cheetahs, rhinos, zebras, crocodiles, storks, pelicans, flamingos and okapis. The tour guide points out animals and provides entertainment. During the journey, the driver is in radio contact with reserve warden Wilson Matua, who is flying over the reserve on his daily routine. It all takes a turn when poachers are spotted in the reserve, and it's up to Simba 1 and the guests, with support from the air and other rangers, to stop them.

Kilimanjaro Safaris typically operates until sundown. However, during the holiday season of 1998, the safaris were continued at night and dubbed Kilimanjaro Night Safaris. Though many animals were asleep, or unable to be seen at night, the attraction had a completely different script and storyline. This "new" attraction featured additional animal sounds, reflectors hidden in the foliage to resemble animals' eyes, and an actual African dance group, who performed around a bonfire in the area normally occupied by the attraction's elephants. Kilimanjaro Night Safaris only ran during that initial holiday season. After this time, it was deemed that the additional costs, plus the fact that animal visibility was poor (eliciting many Guest complaints), made Night Safaris unfeasible to continue regularly. Cast members can still switch the voice tracks on the trucks to hear the nighttime version of Wilson and Miss Jobson, however it is not considered part of the current Safari storyline.

In 2004, much of the savanna's drainage system had to be replaced. The attraction remained open during the rehab, with green tarps covering the construction sites to keep the animals out.

In 2007-8, work began to extend the trucks with an extra row of seating, allowing the trucks more capacity. Though not all the trucks have the extra row, it is known they will be finished by 2009. Also, the safari script/story, along with the Wilson/Jobson story has significantly changed. There is less of a story about "Little Red", and more about the animals in the Reserve and the need to find a lost elephant at the end.

The ride originally featured a cast member in the role of a gun-toting reserve warden who captured the poachers and saved Big Red and Little Red. This element of the attraction was eventually eliminated. During Cast Previews of Disney's Animal Kingdom, there was a "Dark Ending" in which the safari vehicle encountered the slaughtered corpse of Big Red. This scene proved too shocking for families and children, and thus was eventually changed to give the attraction a happier ending.

On August 15, 2015, at the D23 Expo, an expansion known as Sunset Kilimanjaro Safaris, was announced, extending the operating hours of the attraction, as well as adding new landscapes, and two new species of animals, including African wild dogs and hyenas.[1]

A black rhinoceros seen on the ride. 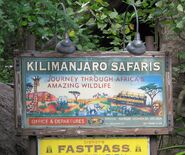 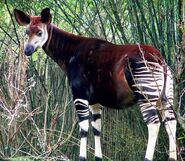 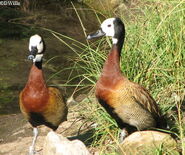 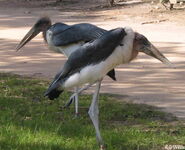 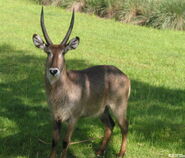 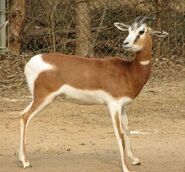 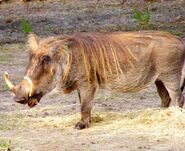 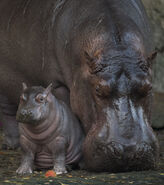 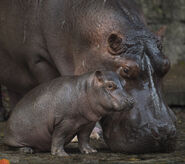 Springbok
Add a photo to this gallery

Retrieved from "https://disney.fandom.com/wiki/Kilimanjaro_Safaris?oldid=3926493"
Community content is available under CC-BY-SA unless otherwise noted.